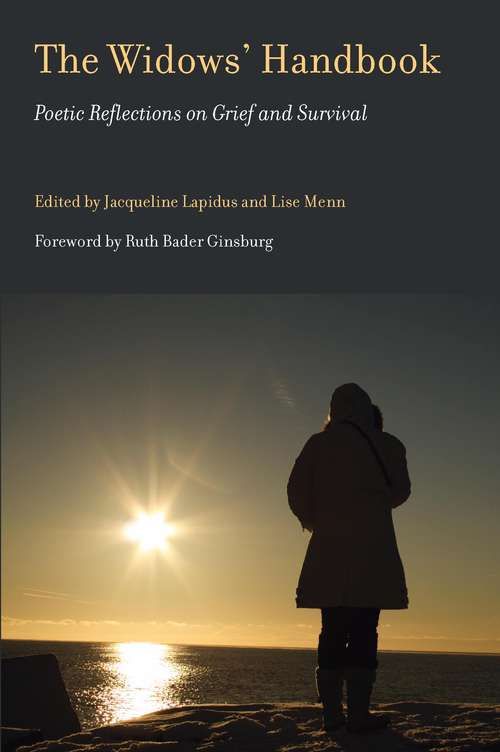 Widows convey their feelings and survival strategies in this compelling anthologyThe Widows' Handbook is the first anthology of poems by contemporary widows, many of whom have written their way out of solitude and despair, distilling their strongest feelings into poetry or memoir. This stirring collection celebrates the strategies widows learn and the resources they muster to deal with people, living space, possessions, social life, and especially themselves, once shock has turned to the realization that nothing will ever be the same. As Supreme Court Justice Ruth Bader Ginsburg says in her foreword, losing one's partner is "a loss like no other. "The Widows' Handbook is a collection of poetry from 87 American women of all ages, legally married or not, straight and gay, whose partners or spouses have died. Some of the poets are already published widely--including more than a dozen prizewinners, four Pushcart nominees, and two regional poets laureate. Others are not as well known, and some appear in print for the first time here. With courage and wry humor, these women encounter insidious depression, poignant memories, bureaucratic nonsense, unfamiliar hardware, well-intentioned but thoughtless remarks, demanding work, spiritual revelation, and unexpected lust, navigating new relationships in the uncertain legacy of sexual liberation. They write frankly about being paralyzed and about going forward. Their poems are honest, beautiful, and accessible. Only poetry can speak such difficult truths and incite such intense empathy. While both men and women understand the bewilderment, solitude, and change of status thrust upon the widowed, women suffer a particular social demotion and isolation. Anyone who has lost a loved one or is involved in helping the bereaved will be able to relate to the experiences conveyed in The Widows' Handbook.