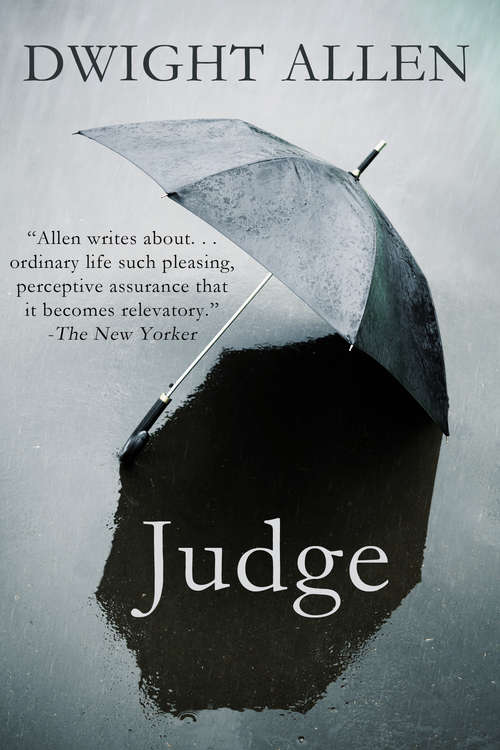 When beloved Judge William Dupree dies at eighty-two, he leaves his widow, two adult sons, and a more than devoted clerk to mourn him. The Judge-gentle, reserved, henpecked, and a lifelong Republican-was appointed to the United States District Court by Richard Nixon. But once on the bench, he invariably ruled for the liberal argument-pro-civil rights, pro-choice-dismaying his upper-crust Louisville, Kentucky, cronies, not to mention his wife. Mary Louise Dupree, a nagging hypochondriac (considered by some an out-and-out shrew), remembers her marriage querulously, but softens the day she must also bury the judge's loyal little dog, Duff. His two sons, Crawford and Morgan, react to his death by behaving in ways that would surely have disappointed him. His law clerk, Lucy, remembers him as a saint who politely lusted for her and finally acted on that lust at the age of eighty. In the aftermath of the judge's death, the mourners interrelate disastrously, acting out their grief. While they are grappling with loss and notions of an afterlife, they all feel-and sometimes even see-his presence. Dead or alive, the Duprees are, as a family, perpetually restless in their insistence on family love even in the face of family failures.