Songs of the Dragons Flying to Heaven and Other Plays 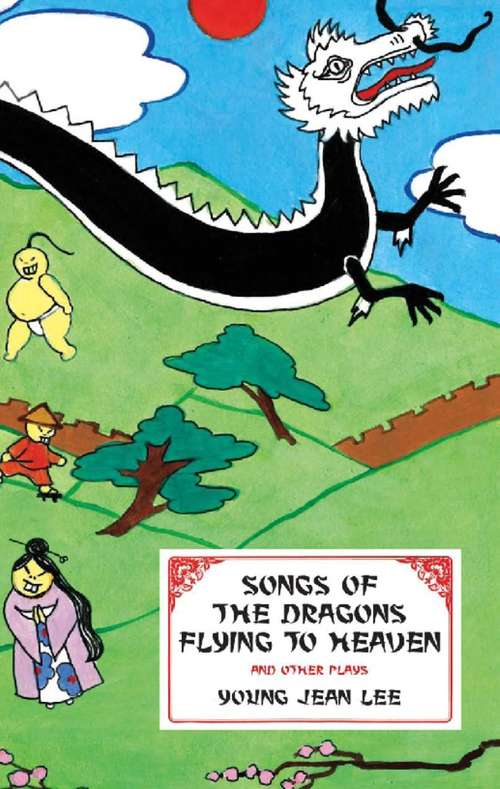 "Bold, unguarded work . . . that resists pat definition. [Young Jean] Lee has penned profane lampoons of motivational bromides (Pullman, WA) and the Romantic poets (The Appeal). Now she piles her deconstructive scorn upon ethnic stereotypes in Songs of the Dragons Flying to Heaven, a sweet-and-sour parade of Asian minstrelsy."--Time Out New York"A perverse, provocative, and very funny festival of racism . . . Songs offers not only chauvinistic monologues and ass-slapping Korean dances, but also a rigorous exploration of art-making and its associated terrors."--The Village Voice"Have you ever noticed how most Asian Americans are slightly brain-damaged from having grown up with Asian parents?" begins the Korean American protagonist of Songs of the Dragons Flying to Heaven, the singular work of Young Jean Lee, whose plays are like nothing you have ever seen or read. This is the first collection by the downtown writer-director, whose explorations of stereotypes of race, gender, and religion are unflinching--and seat-squirming funny. Also includes Groundwork of the Metaphysic of Morals; The Appeal; Pullman, WA; Church; and Yaggoo.Young Jean Lee was born in Korea and moved to the United States at age two. She grew up in Pullman, Washington, and attended college at the University of California, Berkeley, where she also studied Shakespeare in the English PhD program before moving to New York. She is the founder of the Young Jean Lee's Theater Company, where she directs her own work, and has toured internationally in Vienna, Hanover, Berlin, Switzerland, Brussels, Norway, France, and Rotterdam; and across the United States in Portland, Seattle, Pittsburgh, and Minneapolis. She is the recipient of a 2007 Emerging Playwright OBIE Award.