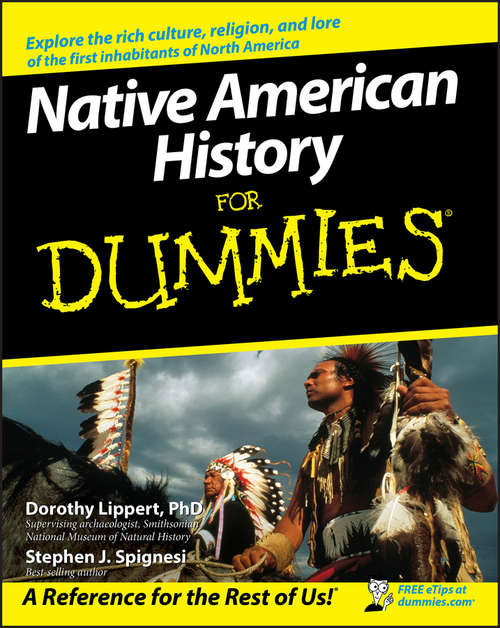 Call them Native Americans, American Indians, indigenous peoples, or first nations -- a vast and diverse array of nations, tribes, and cultures populated every corner of North America long before Columbus arrived. Native American History For Dummies reveals what is known about their pre-Columbian history and shows how their presence, customs, and beliefs influenced everything that was to follow.This straightforward guide breaks down their ten-thousand-plus year history and explores their influence on European settlement of the continent. You'll gain fresh insight into the major tribal nations, their cultures and traditions, warfare and famous battles; and the lives of such icons as Pocahontas, Sitting Bull and Sacagawea. You'll discover:How and when the Native American's ancestors reached the continentHow tribes formed and where they migratedWhat North America was like before 1492How Native peoples maximized their environmentPre-Columbian farmers, fishermen, hunters, and tradersThe impact of Spain and France on the New WorldGreat Warriors from Tecumseh to GeronimoHow Native American cultures differed across the continentNative American religions and religious practicesThe stunning impact of disease on American Indian populationsModern movements to reclaim Native identityGreat museums, books, and films about Native AmericansPacked with fascinating facts about functional and ceremonial clothing, homes and shelters, boatbuilding, hunting, agriculture, mythology, intertribal relations, and more, Native American History For Dummies provides a dazzling and informative introduction to North America's first inhabitants.