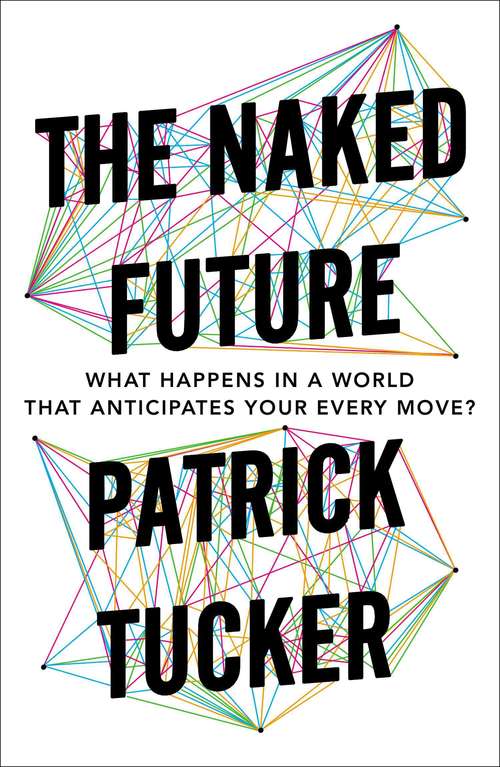 In the past, the future was opaque--the territory of fortune-tellers, gurus, and dubious local TV weathermen. But thanks to recent advances in computing and the reams of data we create through smartphone and Internet use, prediction models for individual behavior grow smarter and more sophisticated by the day. Whom you should marry, whether you'll commit a crime or fall victim to one, if you'll contract a specific strain of flu--even your precise location at any given moment years into the future--are becoming easily accessible facts. the naked future is upon us, and the implications are staggering. Patrick Tucker draws on stories from health care to urban planning to online dating to reveal the shape of a future that's ever more certain. In these pages you'll meet scientists and inventors who can predict your behavior based on your friends' Twitter updates. They are also hacking the New York City sewer system to predict environmental conditions, anticipating how much the weather a year from now will cost an individual farmer, figuring out the time of day you're most likely to slip back into a bad habit, and guessing how well you'll do on a test before you take it. You'll learn how social networks like Facebook are using your data to turn you into an advertisement and why the winning formula for a blockbuster movie is more predictable than ever. The rise of big data and predictive analytics means that governments and corporations are becoming much more effective at accomplishing their goals and at much less cost. Tucker knows that's not always a good thing. But he also shows how we've gained tremendous benefits that we have yet to fully realize. Thanks to the increased power of predictive science, we'll be better able to stay healthy, invest our savings more wisely, learn faster and more efficiently, buy a house in the right neighborhood at the right time, avoid crime, thwart terrorists, and mitigate the consequences of natural disasters. What happens in a future that anticipates your every move? the surprising answer: we'll live better as a result. 'Where I saw a thrilling and historic transformation in the world's oldest idea--the future--other people saw only Target, Facebook, Google, and the government using their data to surveil, track, and trick them . . . But in fact, your data is your best defense against coercive marketing and intrusive government practices. Your data is nothing less than a superpower waiting to be harnessed. ' from the Introduction