The Beautiful Things that Heaven Bears 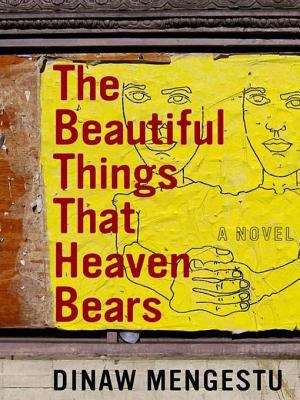 Seventeen years ago, Sepha Stephanos fled the Ethiopian Revolution for a new start in the United States.

Now he finds himself running a failing grocery store in a poor African-American section of Washington, D. C. , his only companions two fellow African immigrants who share his bitter nostalgia and longing for his home continent.

Years ago and worlds away Sepha could never have imagined a life of such isolation. As his environment begins to change, hope comes in the form of a friendship with new neighbors Judith and Naomi, a white woman and her biracial daughter.

But when a series of racial incidents disturbs the community, Sepha may lose everything all over again.

A literary debut hailed by The New York Times Book Review as a great American novel. Awards Include:

Winner of the National Book Foundation's "5 Under 35" Award

Recipient of a Lannan Literary Fellowship

Named the Seattle Reads Selection of 2008