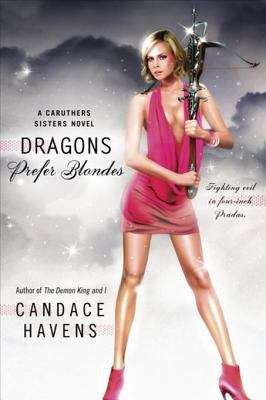 Second in the paranormal series featuring the Caruthers sisters, party girls who save the world-between

cocktails. Alex Caruthers is a sassy socialite who knows when it's time to turn in her dancing shoes

and kick some serious dragon booty. But when Ginjin-the dragon warrior who's tried to kill her numerous times-

chooses her as his mate, Alex finds herself in a situation that's too hot to handle. For help she turns to Jake,

head of Caruthers security-and a total hottie in a suit-and asks him to pose as her boyfriend. Their relationship might

be fake, but Alex can't deny that one touch from Jake makes her burn hotter than any dragon could.