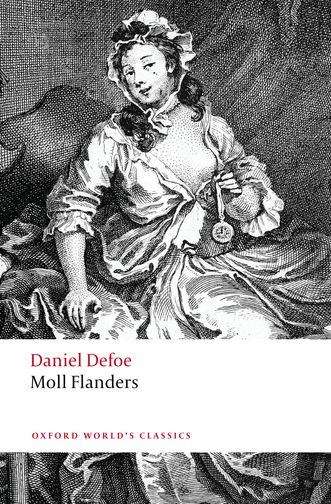 'Twelve Year a Whore, fives times a Wife (whereof once to her own Brother), Twelve Year a Thief, Eight Year a Transported Felon in Virginia, at last grew Rich, liv'd Honest, and died a Penitent' So the title page of this extraordinary novel describes the career of the woman known as Moll Flanders, whose real name we never discover. And so, in a tour-de-force of writing by the businessman, political satirist, and spy Daniel Defoe, Moll tells her own story, a vivid and racy tale of a woman's experience in the seamy side of life in late seventeenth- and early eighteenth-century England and America. Born in Newgate prison, and seduced in the home of her adoptive family, she learns to live off her wits, defying the traditional depiction of women as helpless victims. First published in 1722, and one of the earliest novels in the English language, its account of opportunism, endurance, and survival speaks as strongly to us today as it did to its original readers.