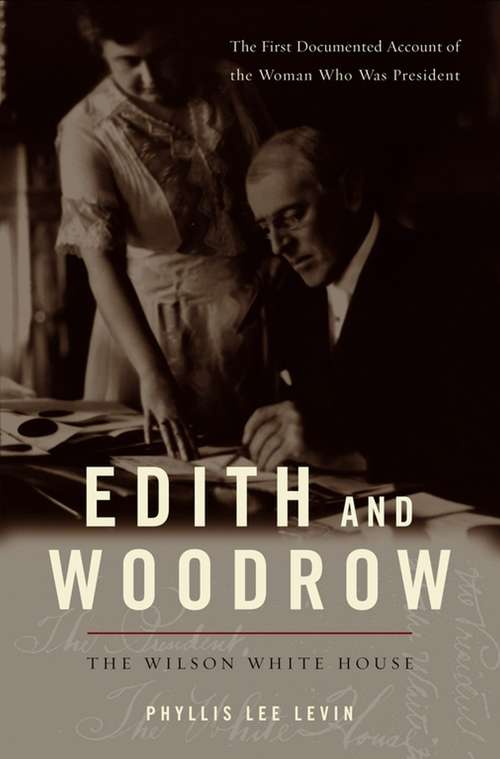 Elegantly written, tirelessly researched, full of shocking revelations, Edith and Woodrow offers the definitive examination of the controversial role Woodrow Wilson's second wife played in running the country. "The story of Wilson's second marriage, and of the large events on which its shadow was cast, is darker and more devious, and more astonishing, than previously recorded. "-- from the PrefaceConstructing a thrilling, tightly contained narrative around a trove of previously undisclosed documents, medical diagnoses, White House memoranda, and internal documents, acclaimed journalist and historian Phyllis Lee Levin sheds new light on the central role of Edith Bolling Galt in Woodrow Wilson's administration. Shortly after Ellen Wilson's death on the eve of World War I in 1914, President Wilson was swept off his feet by Edith Bolling Galt. They were married in December 1915, and, Levin shows, Edith Wilson set out immediately to consolidate her influence on him and tried to destroy his relationships with Colonel House, his closest friend and adviser, and with Joe Tumulty, his longtime secretary. Wilson resisted these efforts, but Edith was persistent and eventually succeeded. With the quick ending of World War I following America's entry in 1918, Wilson left for the Paris Peace Conference, where he pushed for the establishment of the League of Nations. Congress, led by Senator Henry Cabot Lodge, resisted the idea of an international body that would require one country to go to the defense of another and blocked ratification. Defiant, Wilson set out on a cross-country tour to convince the American people to support him. It was during the middle of this tour, in the fall of 1919, that he suffered a devastating stroke and was rushed back to Washington. Although there has always been controversy regarding Edith Wilson's role in the eighteen months remaining of Wilson's second term, it is clear now from newly released medical records that the stroke had totally incapacitated him. Citing this information and numerous specific memoranda, journals, and diaries, Levin makes a powerfully persuasive case that Mrs. Wilson all but singlehandedly ran the country during this time. Ten years in the making, Edith and Woodrow is a magnificent, dramatic, and deeply rewarding work of history.