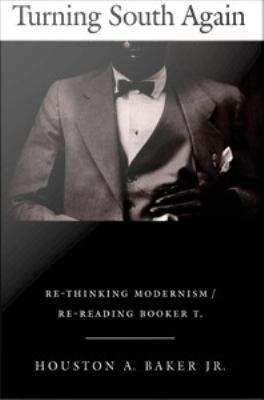 In Turning South Again the distinguished and award-winning essayist, poet, and scholar of African American literature Houston A. Baker, Jr. offers a revisionist account of the struggle for black modernism in the United States. With a take on the work of Booker T. Washington and the Tuskegee Institute surprisingly different from that in his earlier book Modernism and the Harlem Renaissance, Baker combines historical considerations with psychoanalysis, personal memoir, and whiteness studies to argue that the American South and its regulating institutions--particularly that of incarceration--have always been at the center of the African American experience. From the holds of slave ships to the peonage of Reconstruction to the contemporary prison system, incarceration has largely defined black life in the United States. Even Washington's school at Tuskegee, Baker explains, housed and regulated black bodies no longer directly controlled by slave owners. He further implicates Washington by claiming that in enacting his ideas about racial "uplift," Washington engaged in "mulatto modernism," a compromised attempt at full citizenship. Combining autobiographical prose, literary criticism, psychoanalytic writing, and, occasionally, blues lyrics and poetry, Baker meditates on the consequences of mulatto modernism for the project of black modernism, which he defines as the achievement of mobile, life-enhancing participation in the public sphere and economic solvency for the majority of African Americans. By including a section about growing up in the South, as well as his recent return to assume a professorship at Duke, Baker contributes further to one of the book's central concerns: a call to centralize the South in American cultural studies.