The Legend of Broken 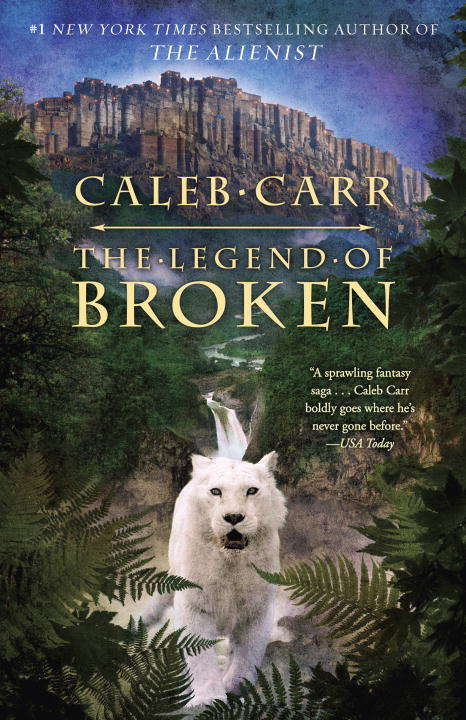 Legend meets history in this mesmerizing novel from #1 New York Times bestselling author Caleb Carr. Demonstrating the rich storytelling, skillful plotting, and depth of research he showcased in The Alienist, Carr has written a wildly imaginative, genre-bending saga that redefines the boundaries of literature. Some years ago, a remarkable manuscript long rumored to exist was discovered: The Legend of Broken. It tells of a prosperous fortress city where order reigns at the point of a sword--even as scheming factions secretly vie for control of the surrounding kingdom. Meanwhile, outside the city's granite walls, an industrious tribe of exiles known as the Bane forages for sustenance in the wilds of Davon Wood. At every turn, the lives of Broken's defenders and its would-be destroyers intertwine: Sixt Arnem, the widely respected and honorable head of the kingdom's powerful army, grapples with his conscience and newfound responsibilities amid rumors of impending war. Lord Baster-kin, master of the Merchants' Council, struggles to maintain the magnificence of his kingdom even as he pursues vainglorious dreams of power. And Keera, a gifted female tracker of the Bane tribe, embarks on a perilous journey to save her people, enlisting the aid of the notorious and brilliant philosopher Caliphestros. Together, they hope to exact a ruinous revenge on Broken, ushering in a day of reckoning when the mighty walls will be breached forever in a triumph of science over superstition. Breathtakingly profound and compulsively readable, Caleb Carr's long-awaited new book is an action-packed, multicharacter epic of a medieval clash of cultures--in which new gods collide with old, science defies all expectation, and virtue comes in many guises. Brimming with adventure and narrative invention, The Legend of Broken is an exhilarating and enthralling masterwork. Praise for Caleb Carr's monumental New York Times bestseller The Alienist "A high-spirited, charged-up and unfailingly smart thriller."--Los Angeles Times "A first-rate tale of crime and punishment that will keep readers guessing until the final pages."--Entertainment Weekly "Gripping, atmospheric . . . intelligent and entertaining."--USA Today "You can smell the fear in the air."--The New York Times "Keeps readers turning pages well past their bedtime."--San Francisco Chronicle "Engrossing."--Newsweek "A breathtaking, finely crafted mystery . . . The reader is taken on a whirlwind tour of the Gilded Age. . . . Remarkable."--Richmond-Times DispatchFrom the Hardcover edition.