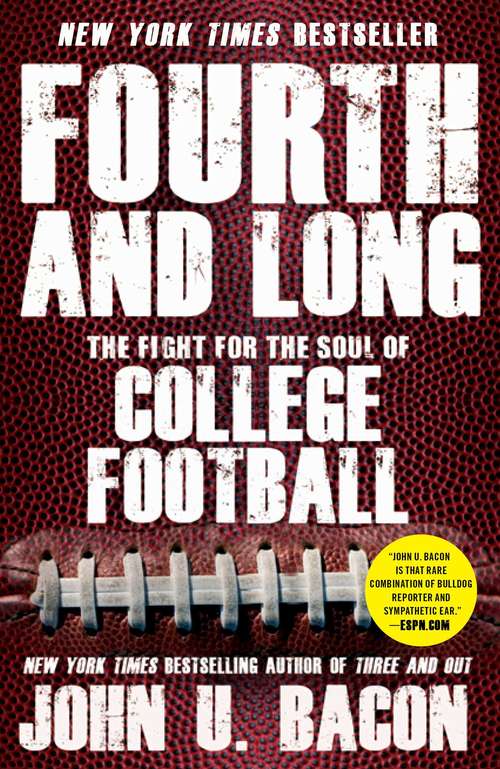 For the millions of fans who celebrate the game-day heroics of the student athletes that give college football its heart and soul, bestselling author John U. Bacon's Fourth and Long, a warts-and-all look at the present and future of the game, gives them reason to still believe.In 2012-13, college football's possible futures were clearly on display as the Big Ten, the nation's oldest and most popular league, struggled through a season extraordinary for what it portends for the game. Granted unprecedented access to four programs--Penn State, Ohio State, Michigan, and Northwestern--Bacon saw up close how money, influence, and power haunt the league. And Bacon discovered that all four teams--buffeted by NCAA sanctions, scandal, fading rivalries, and the wide and narrow vision of coaches and athletic directors--are responding differently. He's also discovered something surprising. Expressed at tailgates in South Bend, the locker room in Happy Valley, the sidelines and bleachers of Ohio Stadium, among Michigan's marching band alums on homecoming weekend, and everywhere college football fans gather in their thousands, winning isn't everything. How a team wins matters, and that's measured in the guts and loyalty of the student athletes who, against incredible odds, fight for the traditions, passions, and ideals that have always defined what we most admire about college football.