From Brains to Systems 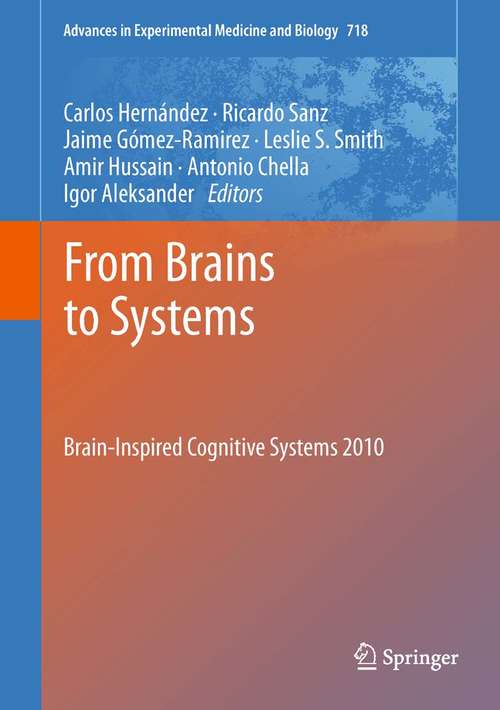 Brain Inspired Cognitive Systems - BICS 2010 aims to bring together leading scientists and engineers who use analytic and synthetic methods both to understand the astonishing processing properties of biological systems and specifically of the brain, and to exploit such knowledge to advance engineering methods to build artificial systems with higher levels of cognitive competence.

BICS is a meeting point of brain scientists and cognitive systems engineers where cross-domain ideas are fostered in the hope of getting emerging insights on the nature, operation and extractable capabilities of brains. This multiple approach is necessary because the progressively more accurate data about the brain is producing a growing need of a quantitative understanding and an associated capacity to manipulate this data and translate it into engineering applications rooted in sound theories.

BICS 2010 is intended for both researchers that aim to build brain inspired systems with higher cognitive competences, and for life scientists who use and develop mathematical and engineering approaches for a better understanding of complex biological systems like the brain.

Four major interlaced focal symposia are planned for this conference and these are organized into patterns that encourage cross-fertilization across the symposia topics. This emphasizes the role of BICS as a major meeting point for researchers and practitioners in the areas of biological and artificial cognitive systems. Debates across disciplines will enrich researchers with complementary perspectives from diverse scientific fields.