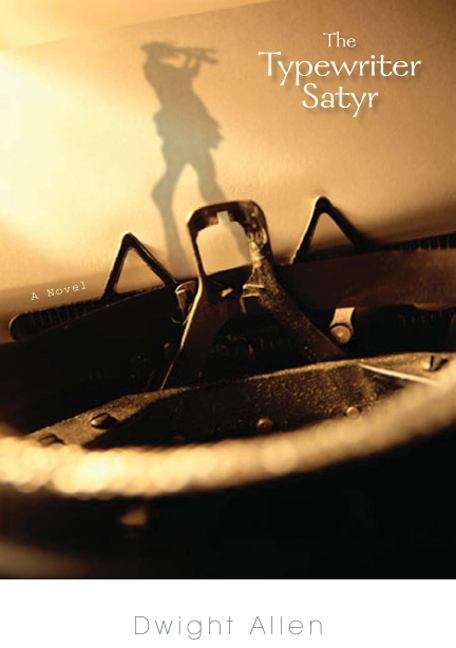 Welcome to Midvale, a city of liberal-minded (but nottooliberal-minded) folk in the heart of Wisconsin. Midvale is home to Oliver Poole, lanky and gray-haired father of four sons, husband of Diana (a prominent divorce lawyer), left fielder for an over-the-hill softball team called the Old Hatters, and sole proprietor of a typewriter repair shop (a trade that one of his sons compares to singing folk music on the street and waiting for someone to drop a nickel in the hat). Midvale is home, too, to Annelise Scharfenberg, a thirty-something, sugar-craving, aspiring Buddhist who works as a late-night music-and-gab-show host at a fringe radio station. When Annelise, a collector of old-fashioned things, walks into Oliver’s shop bearing a typewriter scavenged from an alley, a romance ensues, with consequences both comic and tragic. Set during the early years of the Iraq war,The Typewriter Satyris flush with colorful characters, including a Syrian coffeehouse owner who believes the Bush government is after him, a Buddhist monk who grew up in rural Wisconsin, a painter known as the Rabbit Master, and a homeless writer who roams the streets of Midvale in search of a missing shoe. InThe Typewriter SatyrDwight Allen has created a world that, as the novelist Michelle Huneven notes, “speaks to the powerful tides of longing and loneliness surging through all of us. ”     Honorable Mention, Anne Powers Book Length Fiction, Council for Wisconsin Writers Finalist, General Fiction, Midwest Book Awards