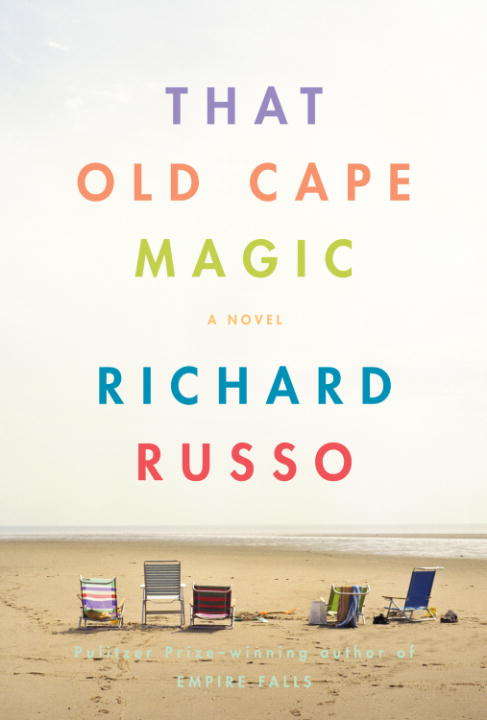 For Griffin, all paths, all memories, converge at Cape Cod. The Cape is where he took his childhood summer vacations, where he and his wife, Joy, honeymooned, where they decided he'd leave his LA screenwriting job to become a college professor, and where they celebrated the marriage of their daughter Laura's best friend. But when their beloved Laura's wedding takes place a year later, Griffin is caught between chauffeuring his mother's and father's ashes in two urns and contending with Joy and her large, unruly family. Both he and she have also brought dates along. How in the world could this have happened? By turns hilarious, rueful, and uplifting, That Old Cape Magic is a profoundly involving novel about marriage, family, and all the other ties that bind.From the Trade Paperback edition. parents had always aspired to in vain; they'd moved into an old house full of character; and they'd started a family. Check, check and check.But be careful what you pray for, especially if you manage to achieve it. By the end of this perfectly lovely weekend, the past has so thoroughly swamped the present that the future suddenly hangs in the balance. And when, a year later, a far more important wedding takes place, their beloved Laura's, on the coast of Maine, Griffin's chauffeuring two urns of ashes as he contends once more with Joy and her large, unruly family, and both he and she have brought dates along. How in the world could this have happened?That Old Cape Magic is a novel of deep introspection and every family feeling imaginable, with a middle-aged man confronting his parents and their failed marriage, his own troubled one, his daughter's new life and, finally, what it was he thought he wanted and what in fact he has. The storytelling is flawless throughout, moments of great comedy and even hilarity alternating with others of rueful understanding and heart-stopping sadness, and its ending is at once surprising, uplifting and unlike anything this Pulitzer Prize winner has ever written.From the Hardcover edition.