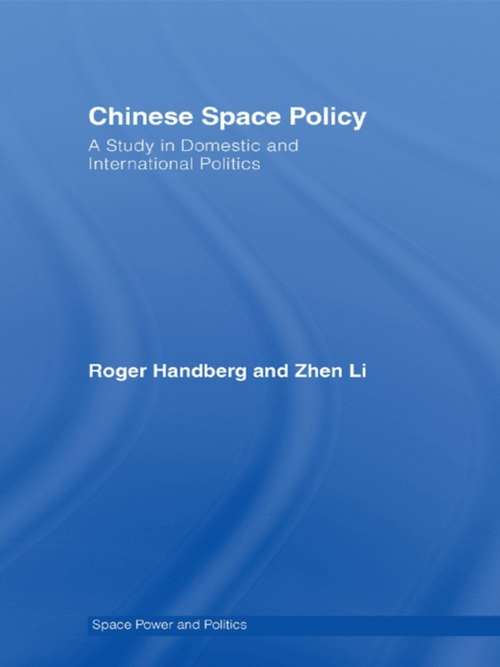 This volume explains the beginnings and expansion of China's space program, analyzing how China is now able to hold such ambitions and how the interaction between technology, politics and economics has influenced the Chinese space program.

It opens by tracing out the earlier development of the space program and identifying the successes and problems that plagued this initial effort, later focusing upon its development over the past decade and into the future. As China is now able to reach into outer space with its machines and, since 2003, with its humans, the authors examine how this move from a non-participant status to a state operating at the highest level of space activities has confirmed its potential place as the new economic and military superpower of the twenty-first century. They also demonstrate how recent successes mean that China is now confronted by an issue previously encountered by other space ‘powers’, such as the United States and the former Soviet Union: what is the value of the space program, given its high costs and likelihood of dramatic failure?

Chinese Space Policy will be of great interest to students of space studies, Chinese politics, security studies, and international relations in general.