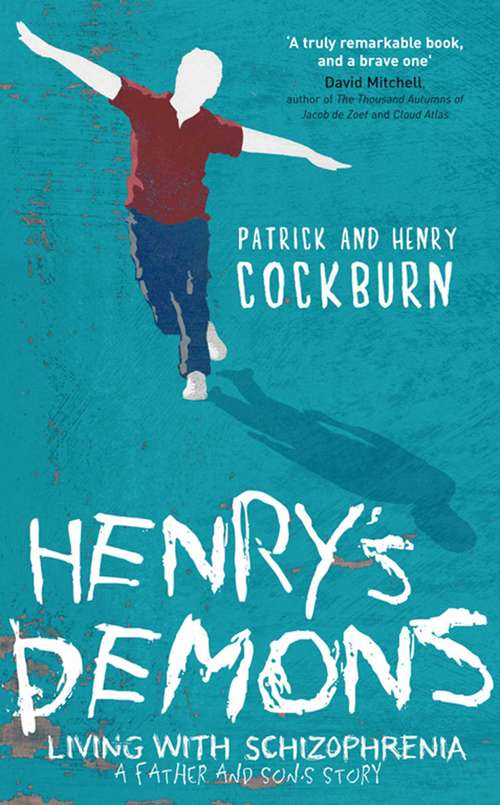 On a cold February day two months after his 20th birthday, Henry Cockburn waded into the Newhaven estuary outside Brighton and tried to swim across, almost drowning in the process. The trees, he said, had told him to do it. Nearly halfway around the world, in Kabul, Afghanistan, journalist Patrick Cockburn learned that Henry, his son, had been admitted to a hospital mental ward and appeared to be suffering a mental breakdown. Ten days later, Henry was officially diagnosed with paranoid schizophrenia. Thus begins Patrick and Henry's extraordinary account of Henry's steep descent into mental illness and of Patrick's journey towards understanding the changes it has wrought. With remarkable candour, Patrick writes of the seven years since, years Henry has spent almost entirely in mental hospitals. Schizophrenics are at high risk for suicide, and Patrick and his wife live in constant fear for Henry's life. Patrick also provides a fascinating glimpse into the conflicted history of schizophrenia's diagnosis and treatment and shows how little we still know about this debilitating condition. The book also includes Henry's own account of his experiences. In these raw and eerily beautiful chapters written from the hospital, he tells of the visions and voices that urge him on and of the sense that he has discovered something magical and profound. Together, Patrick's and Henry's stories create one of the most nuanced and revealing portraits of mental illness ever written, and a stirring memoir of family, parenthood, and the courage it takes to persevere and emerge, at last, whole.