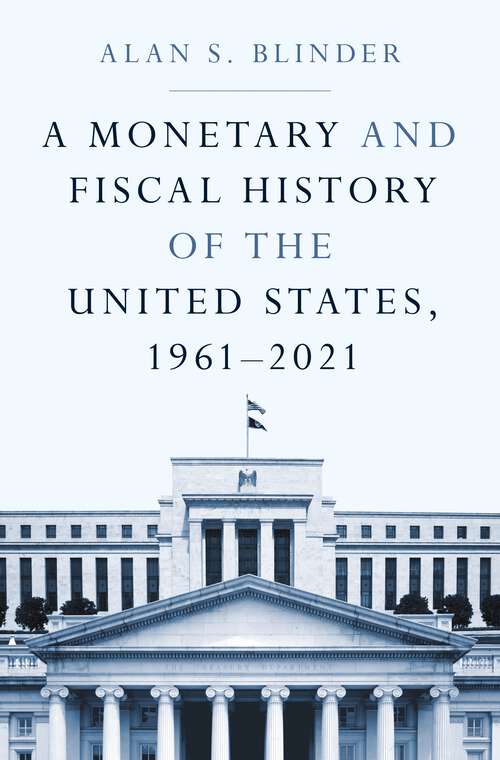 From the New York Times bestselling author, the fascinating story of U.S. economic policy from Kennedy to COVID—filled with lessons for todayIn this book, Alan Blinder, one of the world’s most influential economists and one of the field’s best writers, draws on his deep firsthand experience to provide an authoritative account of sixty years of monetary and fiscal policy in the United States. Spanning twelve presidents, from John F. Kennedy to Joe Biden, and eight Federal Reserve chairs, from William McChesney Martin to Jerome Powell, this is an insider’s story of macroeconomic policy that hasn’t been told before—one that is a pleasure to read, and as interesting as it is important.Focusing on the most significant developments and long-term changes, Blinder traces the highs and lows of monetary and fiscal policy, which have by turns cooperated and clashed through many recessions and several long booms over the past six decades. From the fiscal policy of Kennedy’s New Frontier to Biden’s responses to the pandemic, the book takes readers through the stagflation of the 1970s, the conquest of inflation under Jimmy Carter and Paul Volcker, the rise of Reaganomics, and the bubbles of the 2000s before bringing the story up through recent events—including the financial crisis, the Great Recession, and monetary policy during COVID-19.A lively and concise narrative that is sure to become a classic, A Monetary and Fiscal History of the United States, 1961–2021 is filled with vital lessons for anyone who wants to better understand where the economy has been—and where it might be headed.