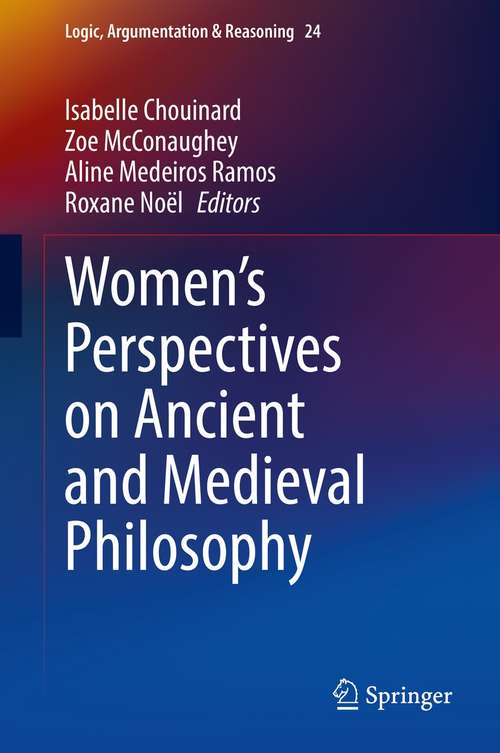 This book promotes the research of present-day women working in ancient and medieval philosophy, with more than 60 women having contributed in some way to the volume in a fruitful collaboration. It contains 22 papers organized into ten distinct parts spanning the sixth century BCE to the fifteenth century CE.Each part has the same structure: it features, first, a paper which sets up the discussion, and then, one or two responses that open new perspectives and engage in further reflections. Our authors’ contributions address pivotal moments and players in the history of philosophy: women philosophers in antiquity, Cleobulina of Rhodes, Plato, Lucretius, Bardaisan of Edessa, Alexander of Aphrodisias, Plotinus, Porphyry, Peter Abelard, Robert Kilwardby, William Ockham, John Buridan, and Isotta Nogarola. The result is a thought-provoking collection of papers that will be of interest to historians of philosophy from all horizons. Far from being an isolated effort, this book is a contribution to the ever-growing number of initiatives which endeavour to showcase the work of women in philosophy.