Cosmopolitanism, Religion and the Public Sphere 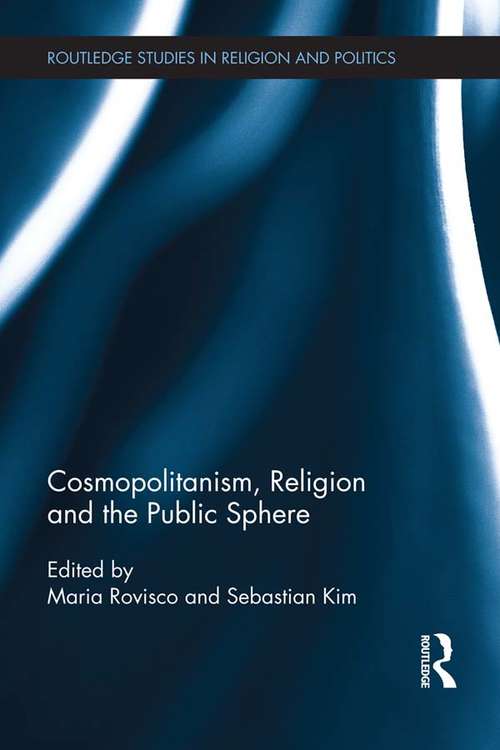 Although emerging scholarship in the social sciences suggests that religion can be a potential catalyst of cosmopolitanism and global citizenship, few attempts have been made to bring to the fore new theoretical positions and empirical analyses of how cosmopolitanism -- as a philosophical notion, a practice and identity outlook -- can also shape and inform concrete religious affiliations. Key questions concerning the significance of cosmopolitan ideas and practices – in relation to particular religious experiences and discourses -- remain to be explored, both theoretically and empirically.

This book takes as its starting point the emergence of cosmopolitanism -- as a major interdisciplinary field -- as a springboard for generating a productive dialogue among scholars working within a variety of intellectual disciplines and methodological traditions. The chapter contributions offer a serious attempt to critically engage both the limitations and possibilities of cosmopolitanism as an analytical and critical tool to understand a changing religious landscape in a globalizing world, namely, the so-called ‘new religious diversity’, religious conflict, and issues of migration, multiculturalism and transnationalism vis-à-vis the public exercise of religion. The contributors’ work is situated in a range of world sites in Africa, India, North America, Latin America, and Europe.

This work will be of great interest to students and scholars of globalization, religion and politics, and the sociology of religion.