Star Wars The Clone Wars: Stories Of Light And Dark 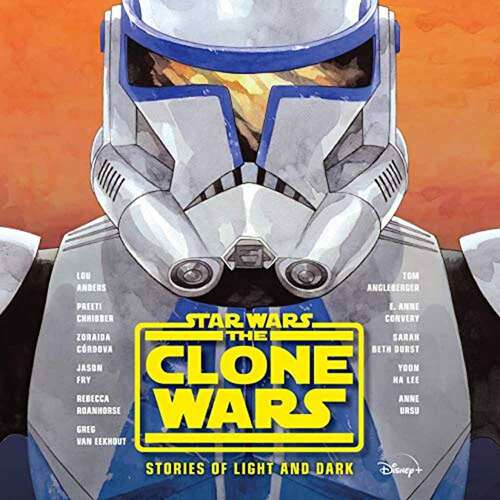 From Anakin to Yoda, Count Dooku to Darth Maul, this exciting middle-grade anthology will recount different explosive events from The Clone Wars from the points of view everyone's favorite characters - with each character written by a different popular author.

An epic clash between the forces of light and dark, between the Galactic Republic and the Separatists, between brave heroes and brilliant villains, the fate of the galaxy is at stake in the Emmy Award-winning animated series Star Wars: The Clone Wars. In this exciting anthology, 11 authors who are also fans of the series bring stories from their favorite show to life. Gathered here are memorable moments and stunning adventures, from attempted assassinations to stolen bounties, from lessons learned to loves lost.