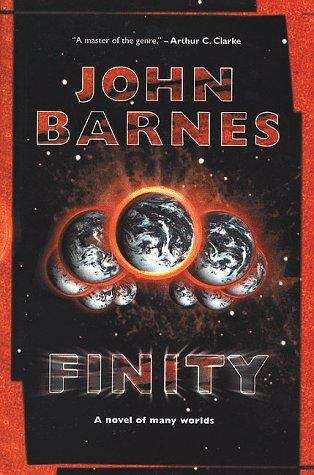 Lyle Peripart's world is coming apart. Up until just a few days ago he was a settled professor at the University of Auckland. The descendant of American expatriates, he's proud of his ancestry and privately doesn't care for the Reichs that have dominated the world since the Axis victory over a century ago. But he's the quiet type, not looking for a fight.

Then Lyle is recruited for private industry by the mysterious industrialist Geoffrey Iphwin--and that's when everything stops making sense.

His fiancee turns out to be a gun-toting weapons expert who saves him from assassination--and who, immediately afterwards, remembers nothing of what she did. But what she does remember is that she grew up in a world with an entirely different history, in which America surrendered to the Soviet Union in the 1970s.

Even stranger, several of their friends turn out to have each grown up in worlds with different histories still. Worse, they gradually realize that not one of them has ever talked to anyone inside the continental United States. In fact, just thinking about the United States is hard--as if something is trying to stop them.