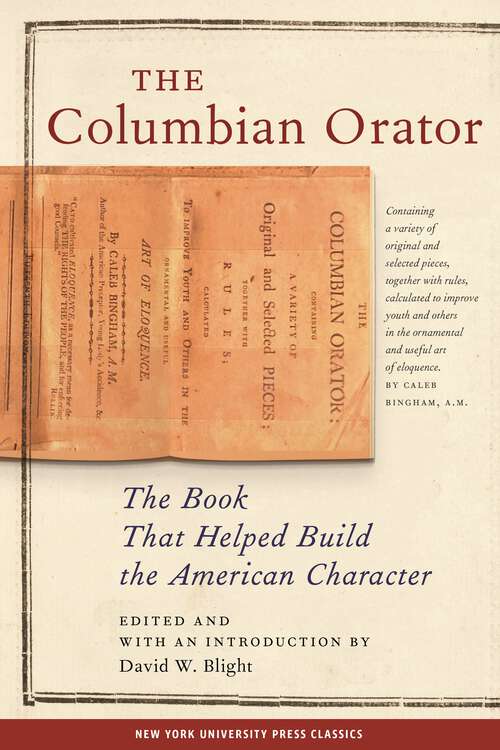 First published in 1797, The Columbian Orator helped shape the American mind for the next half century, going through some 23 editions and totaling 200,000 copies in sales. The book was read by virtually every American schoolboy in the first half of the 19th century. As a slave youth, Frederick Douglass owned just one book, and read it frequently, referring to it as a "gem" and his "rich treasure." The Columbian Orator presents 84 selections, most of which are notable examples of oratory on such subjects as nationalism, religious faith, individual liberty, freedom, and slavery, including pieces by Washington, Franklin, Milton, Socrates, and Cicero, as well as heroic poetry and dramatic dialogues. Augmenting these is an essay on effective public speaking which influenced Abraham Lincoln as a young politician. As America experiences a resurgence of interest in the art of debating and oratory, The Columbian Orator--whether as historical artifact or contemporary guidebook--is one of those rare books to be valued for what it meant in its own time, and for how its ideas have endured. Above all, this book is a remarkable compilation of Enlightenment era thought and language that has stood the test of time.