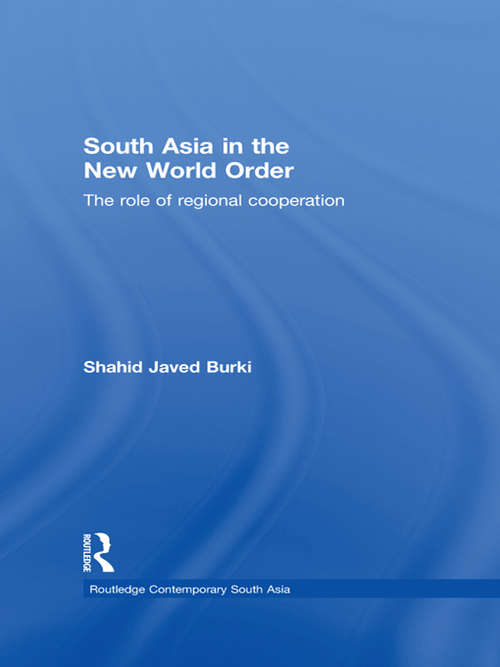 Rapid changes have taken place in the structure of the global economy, and this book looks at how South Asia can take advantage of these changes. The author argues that the developing global economy will be more complex than originally thought, that instead of a bipolar model with two countries, the US and China, at the centre, it will be multipolar with eight centres of economic activity, including India.

The book goes on to suggest that in the context of such a model, there should be regional cooperation between India and its immediate neighbouring countries for South Asia to advance as an economic region. It argues that South Asia will need to look at its history, and that changes in attitudes, particularly in India and Pakistan, are necessary. The possible benefits to the region, in terms of increases in the rates of economic growth if the regional approach is adopted, are discussed. The book presents a useful contribution to studies in South Asia, as well as Asian Economics.