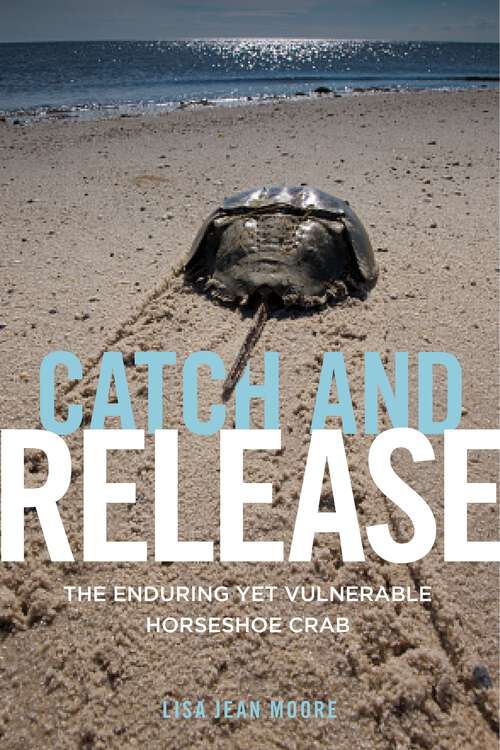 The unexpected and fascinating interspecies relationship between humans and horseshoe crabs. Horseshoe crabs are considered both a prehistoric and indicator species. They have not changed in tens of millions of years and provide useful data to scientists who monitor the health of the environment. From the pharmaceutical industry to paleontologists to the fishing industry, the horseshoe crab has made vast, but largely unknown, contributions to human life and our shared ecosystem. Catch and Release examines how these intersections steer the trajectory of both species’ lives, and futures. Based on interviews with conservationists, field biologists, ecologists, and paleontologists over three years of fieldwork on urban beaches, noted ethnographer Lisa Jean Moore shows how humans literally harvest the life out of the horseshoe crabs. We use them as markers for understanding geologic time, collect them for agricultural fertilizer, and eat them as delicacies, capture them as bait, then rescue them for conservation, and categorize them as endangered. The book details the biomedical bleeding of crabs; how they are caught, drained of 40% of their blood, and then released back into their habitat. The model of catch and release is essential. Horseshoe crabs cannot be bred in captivity and can only survive in their own ecosystems. Moore shows how horseshoe crabs are used as an exploitable resource, and are now considered a “vulnerable” species. An investigation of how humans approach animals that are essential for their survival, Catch and Release questions whether humans should have divine, moral, or ethical claims to any living being in their path.