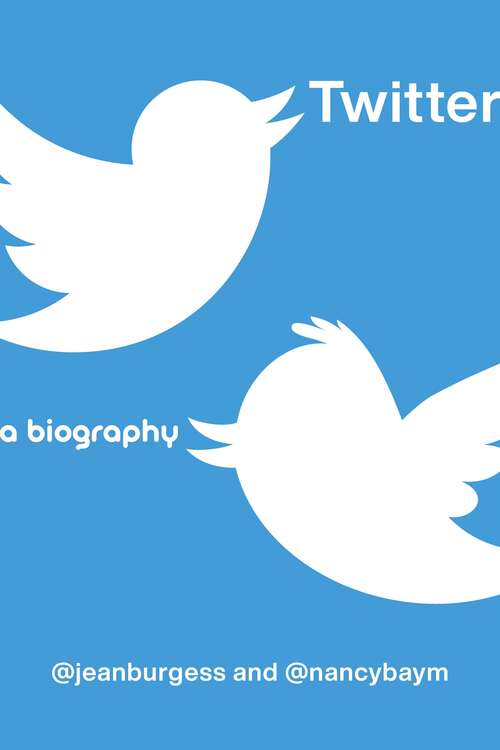 The sometimes surprising, often humorous story of the forces that came together to shape the central role Twitter now plays in contemporary politics and cultureIs Twitter a place for sociability and conversation, a platform for public broadcasting, or a network for discussion? Digital platforms have become influential in every sphere of communication, from the intimate and everyday to the public, professional, and political. Since the scrappy startup days of social media in the mid-2000s, not only has the worldwide importance of platforms grown exponentially, but also their cultures have shifted dramatically, in a variety of directions. These changes have brought new opportunities for progressive communities to thrive online, as well as widespread problems with commercial exploitation, disinformation, and hate speech.Twitter’s growth over the past decade, like that of much social media, has far surpassed its creators’ vision. Twitter charts this trajectory in the format of a platform biography: a new, streamlined approach to understanding how platforms change over time. Through the often surprising, fast-moving story of Twitter, it illuminates the multiple forces—from politics and business to digital ideologies—that came together to shape the evolution of this revolutionary platform. Jean Burgess and Nancy K. Baym build a rich narrative of how Twitter has evolved as a technology, a company, and a culture, from its origins as a personal messaging service to its transformation into one of the most globally influential social media platforms, where history and culture is not only recorded but written in real time.