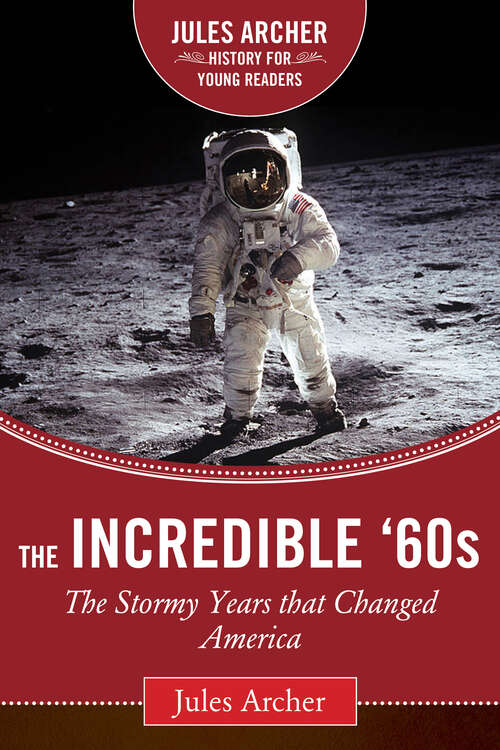 We often remember the 1960s as a time of peace and love, but it was also a time of assassinations, riots, and an unpopular war. Furthermore, more than three million people took to the streets in violent antiwar and civil rights demonstrations during this decade. In The Incredible '60s, renowned historian Jules Archer brings the glories and tragedies of the sixties to a new generation, with a comprehensive history of sixties counterculture, the Vietnam War and the resistance movement, civil rights, feminism, science, rock ’n’ roll, and more. Covering everything from the Kennedy Era and the Freedom Riders to nuclear weapons and the Cold War, Archer aims to make sure important history is not forgotten, and this is a story for young people--a story about seeing what needs to be changed in the world and making that change happen. Jules Archer traveled to distant parts of the globe in search of information, sometimes going back to original sources. For this book he had dinner with Elvis Presley, had tea with two Australian prime ministers, climbed a volcano via camel, and swum the Seine in Paris at midnight. His adventurous spirit and enthusiasm will be contagious to young readers who may just leave their own indelible mark on a future decade. Sky Pony Press is pleased to add this important and thought-provoking piece of historical literature to its new Jules Archer History for Young Readers series.