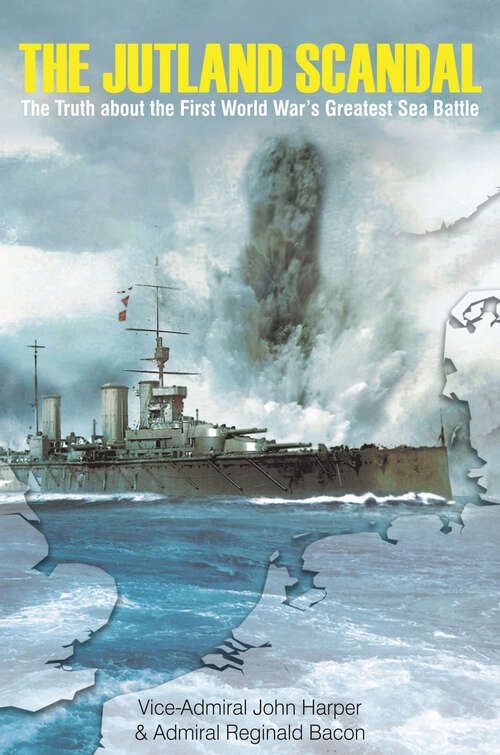 Two high-ranking officers defied the British Admiralty to tell the tale of World War I’s first naval battle against Germany.The Royal Navy had ruled the sea unchallenged for one hundred years since Nelson triumphed at Trafalgar. Yet when the Grand Fleet faced the German High Seas Fleet across the grey waters of the North Sea near Jutland, the British battleships and cruisers were battered into a draw, losing far more men and ships than the enemy.The Grand Fleet far outnumbered and outgunned the German fleet, so something clearly had gone wrong. The public waited for the official histories of the battle to be released to learn the truth, but month after month went by with the Admiralty promising, but failing, to publish an account of Jutland. Questions were raised in Parliament (twenty-two times), yet still no official report was produced, due to objections from Admiral Beatty.This led to Admiral Bacon producing his own account of the battle, called The Jutland Scandal, in 1925. Two years later the man instructed to write the official report, Rear-Admiral Harper, decided to publish his account independently, under the title The Truth about Jutland.Together, these two books lay bare the facts about Jutland and reveal the failings of senior officers and the distortions of the early historians. Produced as one volume for the first time, this book tells the truth about the scandal that developed following the largest battle ever fought at sea.Skyhorse Publishing, as well as our Arcade imprint, are proud to publish a broad range of books for readers interested in history--books about World War II, the Third Reich, Hitler and his henchmen, the JFK assassination, conspiracies, the American Civil War, the American Revolution, gladiators, Vikings, ancient Rome, medieval times, the old West, and much more. While not every title we publish becomes a New York Times bestseller or a national bestseller, we are committed to books on subjects that are sometimes overlooked and to authors whose work might not otherwise find a home.