The Civil War as Global Conflict 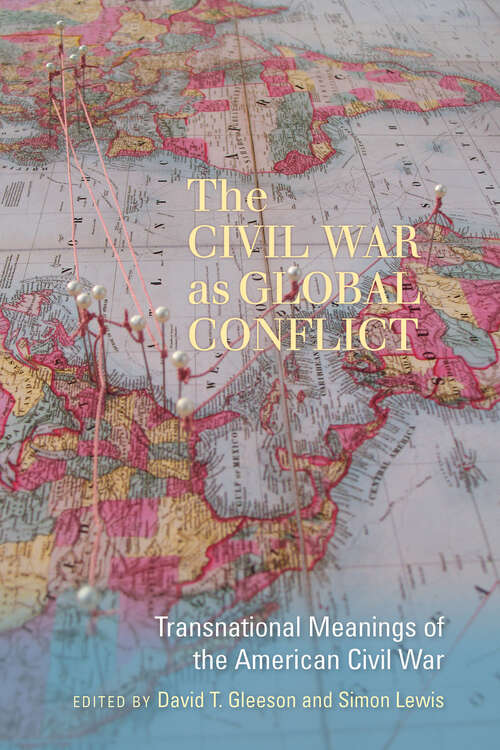 By: David T. Gleeson and Simon Lewis
Ingia
Sign Up

A collection of scholarly essays exploring the American Civil War from international perspectives.In an attempt to counter the insular narratives of much of the sesquicentennial commemorations of the Civil War in the United States, editors David T. Gleeson and Simon Lewis present this collection of essays that examine the war as more than a North American conflict, one with transnational concerns. The book, while addressing the origins of the Civil War, places the struggle over slavery and sovereignty in the United States in the context of other conflicts in the Western hemisphere. Additionally, Gleeson and Lewis offer an analysis of the impact of the war and its results overseas.Although the Civil War was the bloodiest conflict in US history and arguably its single most defining event, this work underscores the reality that the war was by no means the only conflict that ensnared the global imperial powers in the mid-nineteenth century. In some ways the Civil War was just another part of contemporary conflicts over the definitions of liberty, democracy, and nationhood.The editors have successfully linked numerous provocative themes and convergences of time and space to make the work both coherent and cogent. Subjects include such disparate topics as Florence Nightingale, Gone with the Wind, war crimes and racial violence, and choices of allegiance made by immigrants to the United States. While we now take for granted the nation’s values of freedom and democracy, we cannot understand the impact of the Civil War and the victorious “new birth of freedom” without thinking globally.The contributors to The Civil War as Global Conflict reveal that Civil War-era attitudes toward citizenship and democracy were far from fixed or stable. Race, ethnicity, nationhood, and slavery were subjects of fierce controversy. Examining the Civil War in a global context requires us to see the conflict as a seminal event in the continuous struggles of people to achieve liberty and fulfill the potential of human freedom. The book concludes with a coda that reconnects the global with the local and provides ways for Americans to discuss the war and its legacy more productively.Contributors: O. Vernon Burton; Edmund L. Drago; Hugh Dubrulle; Niels Eichhorn; W. Eric Emerson; Amanda Foreman; David T. Gleeson; Matthew Karp; Simon Lewis; Aaron W. Marrs; Lesley Marx; Joseph McGill; James M. McPherson; Alexander Noonan; Theodore N. Rosengarten; Edward B. Rugemer; Jane E. Schultz; Aaron Sheehan-Dean; Christopher Wilkins“The writers of this collection effectively balance local and global contexts to produce a significant text that is invaluable to any scholar interested in research desiring to move away from ‘pantomime-like North-South, black-white, blue-gray binaries.’” —Jesse Tyler Lobbs, Kansas State University