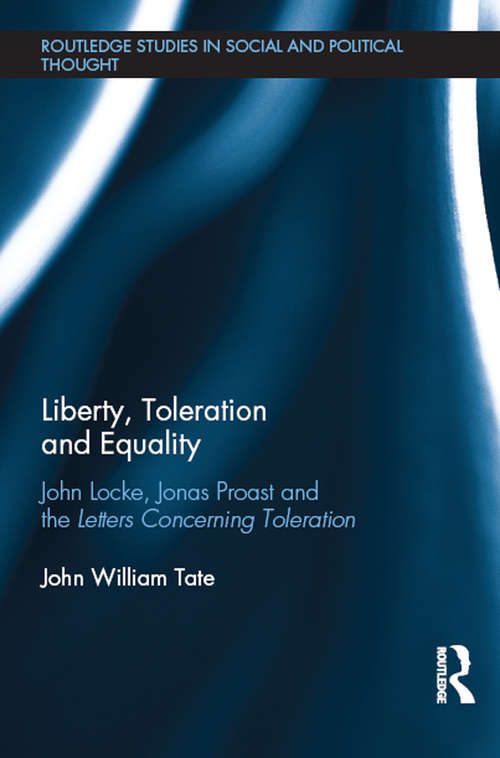 The seventeenth century English philosopher, John Locke, is widely recognized as one of the seminal sources of the modern liberal tradition. Liberty, Toleration and Equality examines the development of Locke’s ideal of toleration, from its beginnings, to the culmination of this development in Locke’s fifteen year debate with his great antagonist, the Anglican clergyman, Jonas Proast. Locke, like Proast, was a sincere Christian, but unlike Proast, Locke was able to develop, over time, a perspective on toleration which allowed him to concede liberty to competing views which he, personally, perceived to be "false and absurd". In this respect, Locke sought to affirm what has since become the basic liberal principle that liberty and toleration are most significant when they are accorded to views to which we ourselves are profoundly at odds.

John William Tate seeks to show how Locke was able to develop this position on toleration over a long intellectual career. Tate also challenges some of the most prominent contemporary perspectives on Locke, within the academic literature, showing how these fall short of perceiving what is essential to Locke’s position.