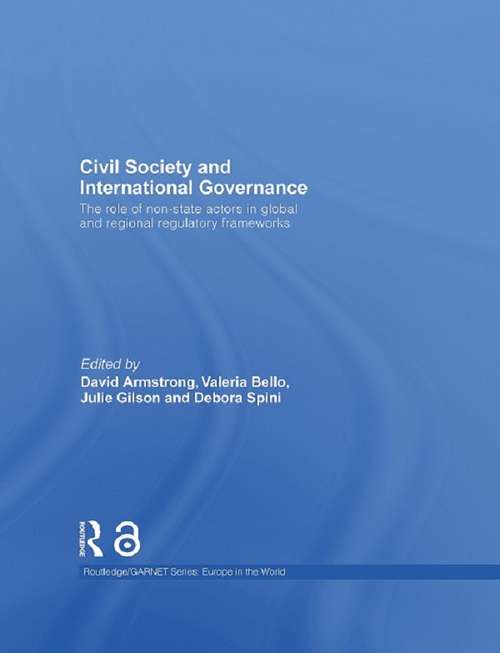 A PDF version of this book is available for free in open access via www.tandfebooks.com as well as the OAPEN Library platform, www.oapen.org. It has been made available under a Creative Commons Attribution-Non Commercial-No Derivatives 3.0 license and is part of the OAPEN-UK research project.

Structures and processes occurring within and between states are no longer the only – or even the most important - determinants of those political, economic and social developments and dynamics that shape the modern world. Many issues, including the environment, health, crime, drugs, migration and terrorism, can no longer be contained within national boundaries. As a result, it is not always possible to identify the loci for authority and legitimacy, and the role of governments has been called into question.

This book will be of interest to students and scholars of political science, international relations, civil society, sociology, European politics and global governance.