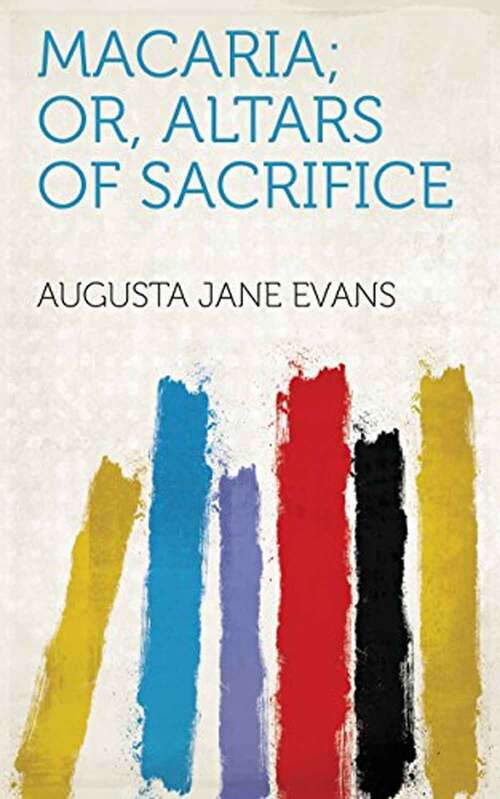 First published in 1864, Macaria; or, Altars of Sacrifice was the third novel of Augusta Jane Evans, one of the leading women writers of nineteenth-century domestic fiction. A wartime best seller, with more than twenty thousand copies in circulation in the print-starved Confederacy before the war’s end, the novel was also extremely well received along the Union front, so much so that some northern officials thought it should be banned. Long out of print and largely unavailable until now, Macaria is a compelling narrative about women and war.

In Macaria, Evans charts the journey of two southern women toward ultimate self-realization through their service in the war-torn Confederacy. Discarding the theme of romantic fulfillment, Evans skillfully crafts a novel about women compelled by the departure and death of so many southern men to find meaning in their own “single blessedness,” rather than in marriage.

Drew Gilpin Faust, in her perceptive introduction to this edition, places the novel in the context of the concerns of Confederate nationalism and the contributions of women during the Civil War. She provides an ideological and historical framework within which to interpret the novel and introduce it to a new generation of readers. Largely overlooked in the current revival of women’s fiction, Augusta Jane Evans is less well known today than she should be. The reissue of this volume will do much to garner Evans a well-deserved place in the existing body of American literature, and especially southern and women’s literature.