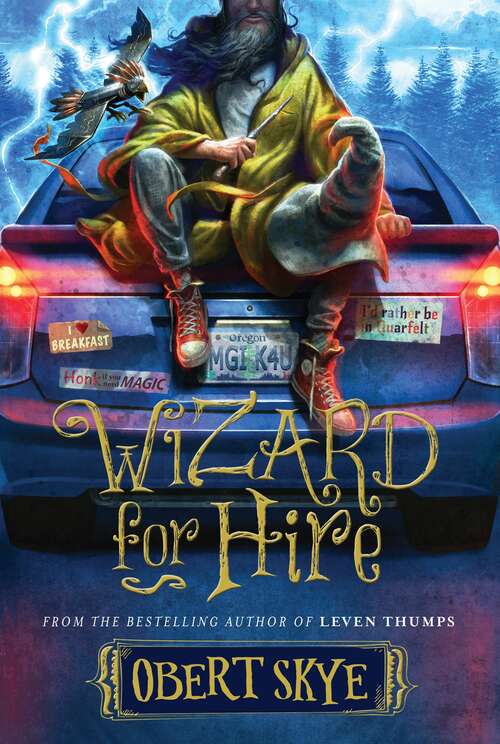 What if there was a wizard in your hometown who offered his services to anyone in need? What if you were scared because your scientist parents had been kidnapped and you couldn’t tell the police?

What if you stumbled across a classified ad in your local newspaper that read, “Wizard for Hire. Call 555-SPEL”? Would you call?

Fourteen-year-old Ozzy is desperate to find his parents, but he’s not so sure about the ad....He’s read about wizards in books like Harry Potter, but they couldn’t actually exist in the world today, could they?

Enter Labryinth, aka “Rin,” who dresses the part. Sort of. His bathrobe and high-top tennis shoes seem unorthodox. At least Rin acts like a wizard, but Ozzy has his doubts. Do real wizards write notes on their shoes and eat breakfast for every meal? Most of all, Ozzy just wants to know if Rin can cast any magic spells.

With the help of a robotic-talking raven invented by Ozzy’s father, a kind and curious girl at school who decides to help Ozzy, and, of course, a self-proclaimed wizard who may or may not have a magical wand, Ozzy begins an unforgettable quest that will lead him closer to the answers he seeks about his missing parents.