Entertaining Crisis in the Atlantic Imperium, 1770–1790 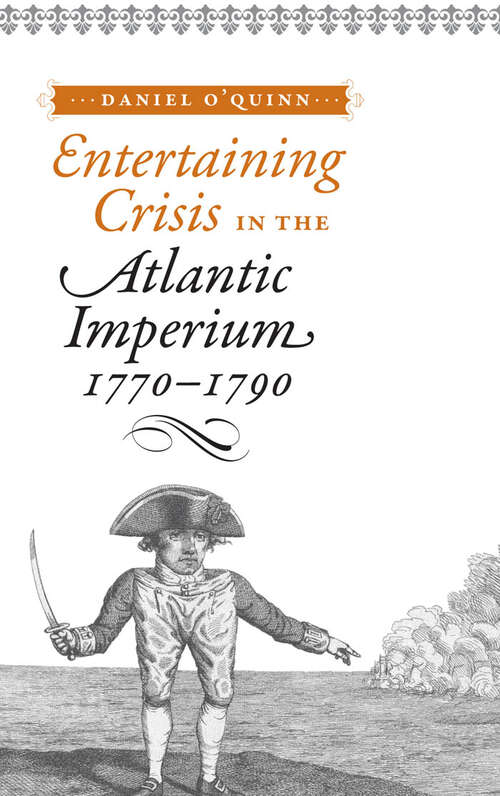 Honorable Mention, 2012 Joe A. Callaway Prize in Drama and TheaterFirst Place, Large Not-for-Profit Publisher, Typographic Cover, 2011 Washington Book Publishers Design and Effectiveness AwardsLess than twenty years after asserting global dominance in the Seven Years' War, Britain suffered a devastating defeat when it lost the American colonies. Daniel O'Quinn explores how the theaters and the newspapers worked in concert to mediate the events of the American war for British audiences and how these convergent media attempted to articulate a post-American future for British imperial society.Building on the methodological innovations of his 2005 publication Staging Governance: Theatrical Imperialism in London, 1770-1800, O’Quinn demonstrates how the reconstitution of British imperial subjectivities involved an almost nightly engagement with a rich entertainment culture that necessarily incorporated information circulated in the daily press. Each chapter investigates different moments in the American crisis through the analysis of scenes of social and theatrical performance and through careful readings of works by figures such as Richard Brinsley Sheridan, William Cowper, Hannah More, Arthur Murphy, Hannah Cowley, George Colman, and Georg Friedrich Handel. Through a close engagement with this diverse entertainment archive, O'Quinn traces the hollowing out of elite British masculinity during the 1770s and examines the resulting strategies for reconfiguring ideas of gender, sexuality, and sociability that would stabilize national and imperial relations in the 1780s. Together, O'Quinn's two books offer a dramatic account of the global shifts in British imperial culture that will be of interest to scholars in theater and performance studies, eighteenth-century studies, Romanticism, and trans-Atlantic studies.