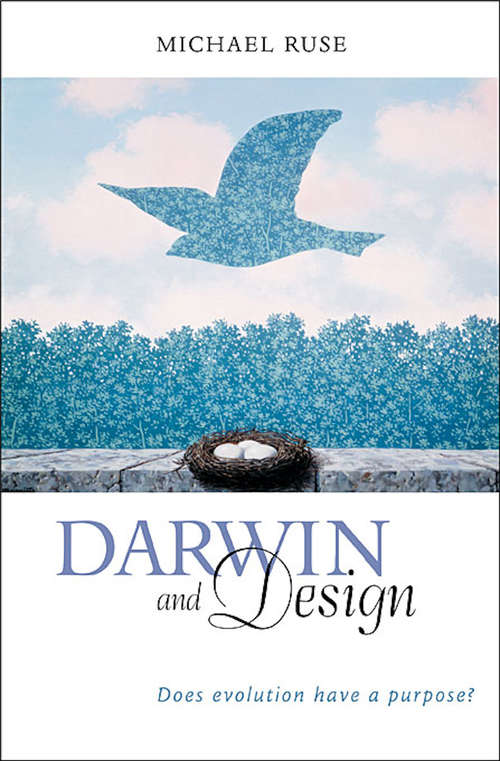 The intricate forms of living things bespeak design, and thus a creator: nearly 150 years after Darwin's theory of natural selection called this argument into question, we still speak of life in terms of design--the function of the eye, the purpose of the webbed foot, the design of the fins. Why is the "argument from design" so tenacious, and does Darwinism--itself still evolving after all these years--necessarily undo it?

The definitive work on these contentious questions, Darwin and Design surveys the argument from design from its introduction by the Greeks, through the coming of Darwinism, down to the present day. In clear, non-technical language Michael Ruse, a well-known authority on the history and philosophy of Darwinism, offers a full and fair assessment of the status of the argument from design in light of both the advances of modern evolutionary biology and the thinking of today's philosophers--with special attention given to the supporters and critics of "intelligent design."

The first comprehensive history and exposition of Western thought about design in the natural world, this important work suggests directions for our thinking as we move into the twenty-first century. A thoroughgoing guide to a perennially controversial issue, the book makes its own substantial contribution to the ongoing debate about the relationship between science and religion, and between evolution and its religious critics.