This Land that I Love 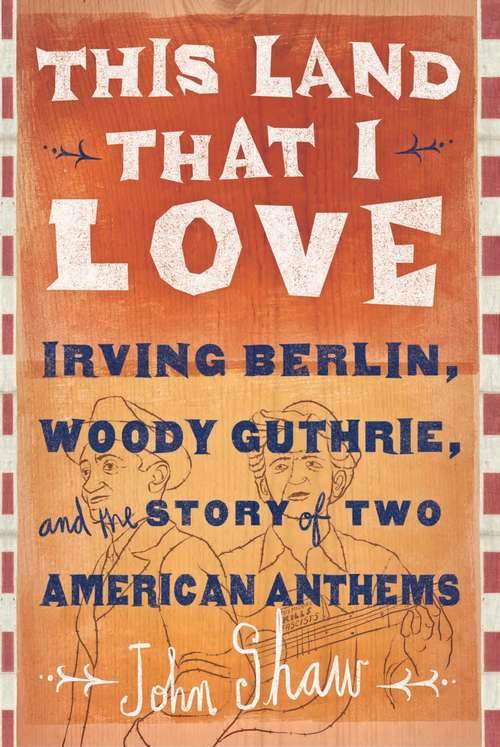 February, 1940: After a decade of worldwide depression, World War II had begun in Europe and Asia. With Germany on the march, and Japan at war with China, the global crisis was in a crescendo. AmericaOCOs top songwriter, Irving Berlin, had captured the nationOCOs mood a little more than a year before with his patriotic hymn, ?God Bless America. OCO Woody Guthrie was having none of it. Near-starving and penniless, he was traveling from Texas to New York to make a new start. As he eked his way across the country by bus and by thumb, he couldnOCOt avoid BerlinOCOs song. Some people say that it was when he was freezing by the side of the road in a Pennsylvania snowstorm that he conceived of a rebuttal. It would encompass the dark realities of the Dust Bowl and Great Depression, and it would begin with the lines: ?This land is your land, this land is my land?. OCO In "This Land That I Love," John Shaw writes the dual biography of these beloved American songs. Examining the lives of their authors, he finds that Guthrie and Berlin had more in common than either could have guessed. Though GuthrieOCOs image was defined by train-hopping, Irving Berlin had also risen from homelessness, having worked his way up from the streets of New York. At the same time, "This Land That I Love" sheds new light on our patriotic musical heritage, from ?Yankee DoodleOCO and ?The Star-Spangled BannerOCO to Martin Luther KingOCOs recitation from ?My Country OCOTis of TheeOCO on the steps of the Lincoln Memorial in August 1963. Delving into the deeper history of war songs, minstrelsy, ragtime, country music, folk music, and African American spirituals, Shaw unearths a rich vein of half-forgotten musical traditions. With the aid of archival research, he uncovers new details about the songs, including a never-before-printed verse for ?This Land Is Your Land. OCO The result is a fascinating narrative that refracts and re-envisions AmericaOCOs tumultuous history through the prism of two unforgettable anthems. "