The Age of Johnson 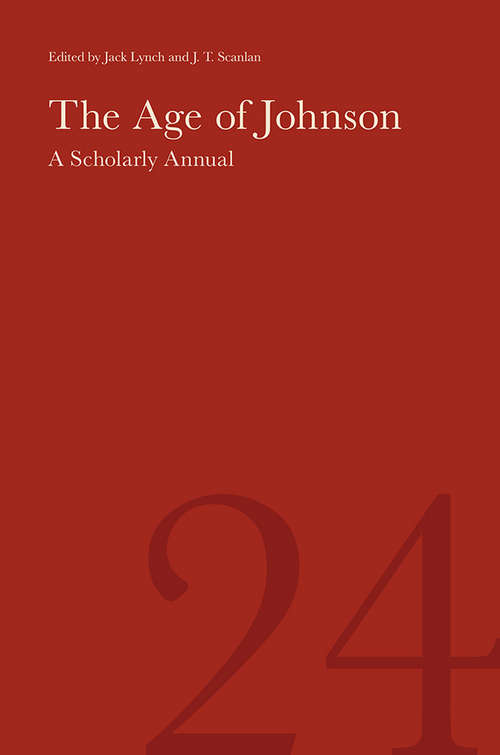 The move to a new publisher has given The Age of Johnson: A Scholarly Annual the opportunity to recommit to what it does best: present to a wide readership cant-free scholarly articles and essays and searching book reviews, all featuring a wide variety of approaches, written by both seasoned scholars and relative newcomers. Volume 24 features commentary on a range of Johnsonian topics: his reaction to Milton, his relation to the Allen family, his notes in his edition of Shakespeare, his use of Oliver Goldsmith in his Dictionary, and his always fascinating Nachleben. The volume also includes articles on topics of strong interest to Johnson: penal reform, Charlotte Lennox's professional literary career, and the "conjectural history" of Homer in the eighteenth century.

For more than two decades, The Age of Johnson has presented a vast corpus of Johnsonian studies "in the broadest sense," as founding editor Paul J. Korshin put it in the preface to Volume 1, and it has retained the interest of a wide readership. In thousands of pages of articles, review essays, and reviews, The Age of Johnson has made a permanent contribution to our understanding of the eighteenth century, and particularly of Samuel Johnson, his circle, and his interests, and has also served as an outlet for writers who are not academics but have something important to say about the eighteenth century.