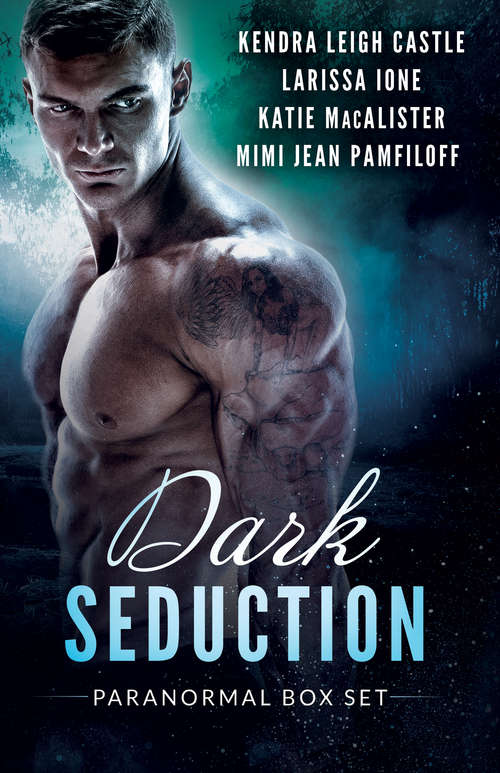 A box set of five paranormal romance novels that will slay you!Dark Awakening, by Kendra Leigh CastleWhen a feud among the immortals escalates into all-out war, Tynan MacGillivray is ordered by his ruthless queen to locate a Seer who can secure victory for their clan. Ty's search leads him to a quiet New England town, but once he has the Seer in his grasp, her touch awakens within him a hunger like he's never known . . . Pleasure Unbound, by Larissa IoneTayla Mancuso is a demon-slayer who lands in a hospital run by demons in disguise. The head doctor, Eidolon, makes her body burn with unslakable desire, but she knows she must betray the surgeon who saved her life. Eidolon cannot resist this fiery, dangerous woman, yet she could very well be the hunter who has been preying upon his people. With his need to find the perfect mate before a horrific transformation claims him forever, will Eidolon dare the unthinkable-and let Tayla possess him, body and soul?Dragon Fall, by Katie MacAlisterAoife Dakar sees extraordinary things . . . too bad no one else believes that she witnessed a supernatural murder. Returning to the scene for proof, Aoife encounters a gloriously naked man who can shift into a dragon. Kostya has no time for a human woman, no matter how gorgeous she is. But to survive the coming battle for the fate of his race, he needs a mate of true heart and soul . . .Renegade, by Nancy NorthcottAs the Collegium council's top sheriff, Valeria Banning doesn't just take her job seriously, she takes it personally. So when a notorious traitor suddenly risks his life to save hers, she has to wonder why. As a mage, Griffin is sworn to protect innocents from dark magic, which is how he finds himself fighting side by side with the beautiful Valeria. But when the council finds out the two have been working together, they're both left running for their lives. Accidentally in Love with a...God?, by Mimi Jean PamfiloffEmma Keane is your average city girl. There's just one thing setting her apart: the disembodied male voice speaking to her through her mind. Sounds kind of crazy? But crazy turns downright deadly when the voice persuades her to travel to the wilds of the Mayan jungle. There she will free his body-his incredibly hot, muscled, naked body.