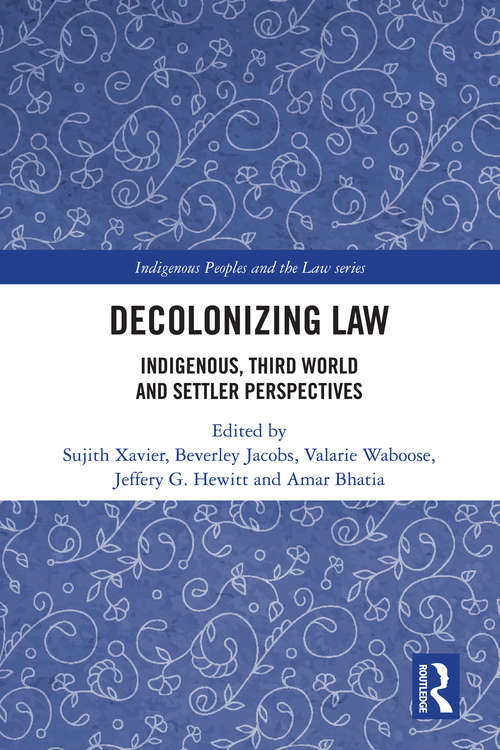 This book brings together Indigenous, Third World and Settler perspectives on the theory and practice of decolonizing law.

Colonialism, imperialism, and settler colonialism continue to affect the lives of racialized communities and Indigenous Peoples around the world. Law, in its many iterations, has played an active role in the dispossession and disenfranchisement of colonized peoples. Law and its various institutions are the means by which colonial, imperial, and settler colonial programs and policies continue to be reinforced and sustained. There are, however, recent and historical examples in which law has played a significant role in dismantling colonial and imperial structures set up during the process of colonization. This book combines usually distinct Indigenous, Third World and Settler perspectives in order to take up the effort of decolonizing law: both in practice and in the concern to distance and to liberate the foundational theories of legal knowledge and academic engagement from the manifestations of colonialism, imperialism and settler colonialism.

Including work by scholars from the Global South and North, this book will be of interest to academics, students and others interested in the legacy of colonial and settler law, and its overcoming.