Keeping Together in Time 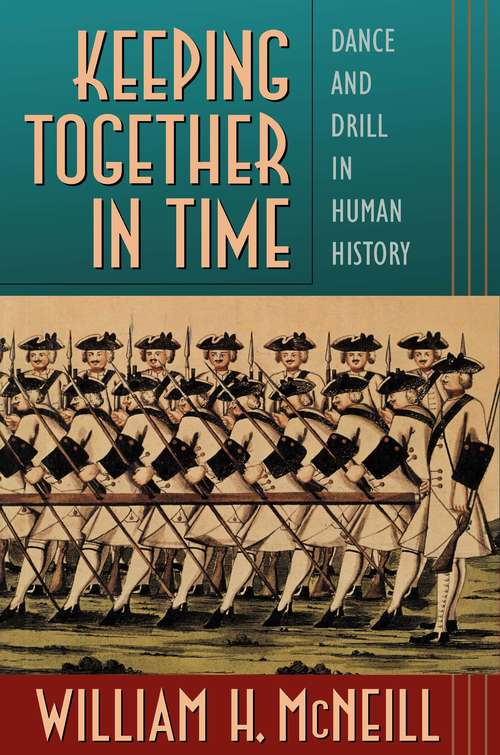 Could something as simple and seemingly natural as falling into step have marked us for evolutionary success? In Keeping Together in Time one of the most widely read and respected historians in America pursues the possibility that coordinated rhythmic movement--and the shared feelings it evokes--has been a powerful force in holding human groups together.

As he has done for historical phenomena as diverse as warfare, plague, and the pursuit of power, William H. McNeill brings a dazzling breadth and depth of knowledge to his study of dance and drill in human history. From the records of distant and ancient peoples to the latest findings of the life sciences, he discovers evidence that rhythmic movement has played a profound role in creating and sustaining human communities. The behavior of chimpanzees, festival village dances, the close-order drill of early modern Europe, the ecstatic dance-trances of shamans and dervishes, the goose-stepping Nazi formations, the morning exercises of factory workers in Japan--all these and many more figure in the bold picture McNeill draws. A sense of community is the key, and shared movement, whether dance or military drill, is its mainspring. McNeill focuses on the visceral and emotional sensations such movement arouses, particularly the euphoric fellow-feeling he calls "muscular bonding." These sensations, he suggests, endow groups with a capacity for cooperation, which in turn improves their chance of survival.

A tour de force of imagination and scholarship, Keeping Together in Time reveals the muscular, rhythmic dimension of human solidarity. Its lessons will serve us well as we contemplate the future of the human community and of our various local communities.