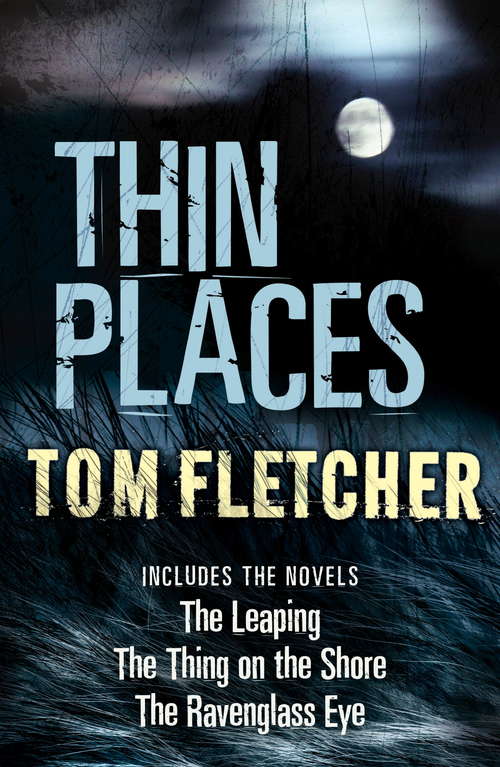 Come and visit a world of subtle horror and dark fantasy by master of creeping horror Tom Fletcher, a world in which insidious forces permeate the folds of reality, twisting it one strand at a time. This omnibus includes the novels The Leaping, The Thing on the Shore and The Ravenglass Eye, with a bonus chapter from Tom's new fantasy series, The Factory Trilogy, included. THE LEAPING: Jack finished university three years ago, but he's still stuck in a dead-end job in a sinister call-centre in Manchester. When the beautiful(and rich) Jennifer comes into his life, he thinks he has finally found his ticket out of there. Trouble is that his boss is interested in Jennifer as well, and there's something strangely bestial about him . . . So when Jennifer buys Fell House, a mysterious old mansion in remote Cumbria, a house party on a legendary scale seems like the perfect escape. But as the party spins out of control on a seemingly neverending night, they must face up to the terrifying possibility that not all their guests may be human - and some of them want to feed. THE THING ON THE SHORE: When Artemis Black is assigned to manage a call centre on behalf of a mysterious multinational corporation called Interext, he decides to implement a unique personal project, installing cutting-edge AI technology in the centre. But this 'technology' has other effects. Soon, one of Artemis' employees, Arthur, becomes aware of an intangible landscape inside the labyrinthine systems of the call-centre - a landscape in which he can feel an otherworldly consciousness stirring . . . THE RAVENGLASS EYE: Edie is a barmaid at The Tup in the small town of Ravenglass. So far, so normal. But when she is caught in a freak earthquake she subsequently develops 'The Eye' - a power that allows her glimpses of other worlds and strange events. At first Edie passes her visions off as nightmares, but when a person is found murdered, she realises that she has seen this death before, and that her visions are not imaginary, but real. Mankind had better hope that Edie finds a solution to the murders soon, because it's more than just the influence of The Eye that has entered the world. A power far more malevolent has been released, and that power is hungry for death.