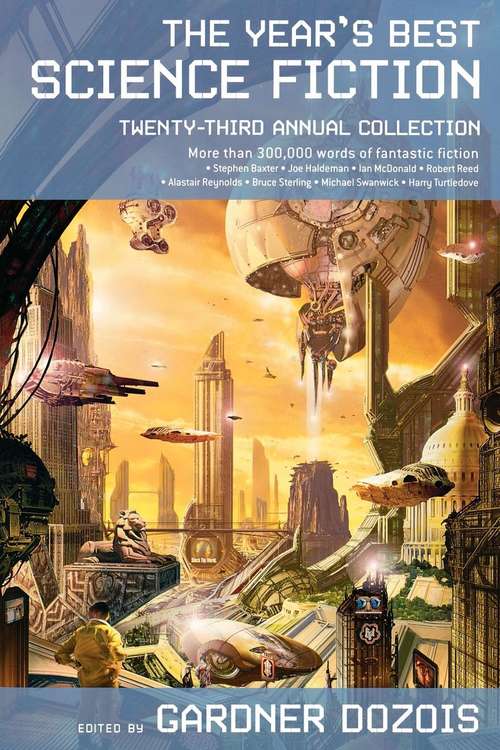 [from the book jacket]

"In The Year's Best Science Fiction Twenty-Third Annual Collection, our very best SF authors explore ideas of a new world with such compelling stories as:

"Beyond the Aquila Rift": Critically acclaimed author Alastair Reynolds takes readers to the edge of the universe, where no voyager has dared to travel beforeor so we think.

"Comber": Our world is an ever-changing one, and award-winning author Gene Wolfe explores the darker side of our planet's fluidity in his own beautiful and inimitable style.

"Audubon in Atlantis": In a world not quite like our own, bestselling author Harry Turtledove shows us that there are reasons some species have become extinct.

The twenty-nine stories in this collection imaginatively take us far across the universe, into the very core of our beings, to the realm of the gods, and the moment just after now. Included here are the works of masters of the form and of bright .new talents, including:

Supplementing the stories are the editor's insightful summation of the year's events and a lengthy list of honorable mentions, making this book both a valuable resource and the single best place in the universe to find stories that stir the imagination, and the heart."