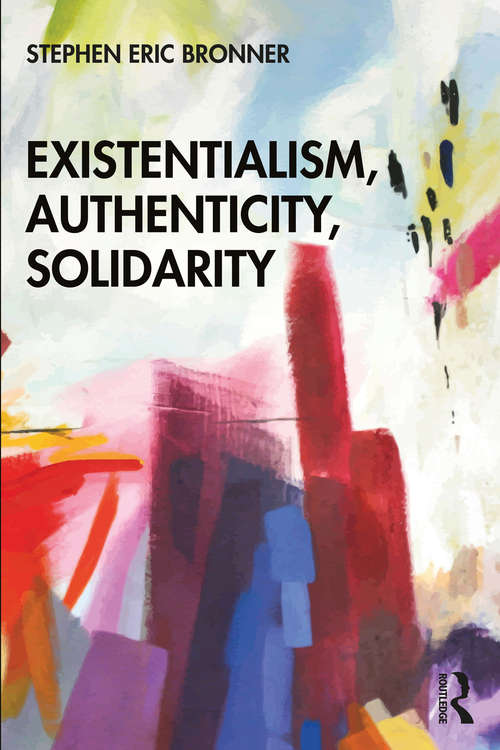 What makes individuals what they are? How should they judge their social and political interaction with the world? What makes them authentic or inauthentic? This original and provocative study explores the concept of "authenticity" and its relevance for radical politics.

Weaving together close readings of three 20th century thinkers: Martin Heidegger, Karl Jaspers and Jean-Paul Sartre with the concept of authenticity, Stephen Eric Bronner illuminates the phenomenological foundations for self-awareness that underpin our sense of identity and solidarity. He claims that different expressions of the existential tradition compete with one another in determining how authenticity might be experienced, but all of them ultimately rest on self-referential judgments. The author’s own new framework for a political ethic at once serves as a corrective and an alternative.

Wonderfully rich, insightful, and nuanced, Stephen Eric Bronner has produced another bookshelf staple that speaks to crucial issues in politics, philosophy, psychology, and sociology. Existentialism, Authenticity, Solidarity will appeal to scholars, students and readers from the general public alike.