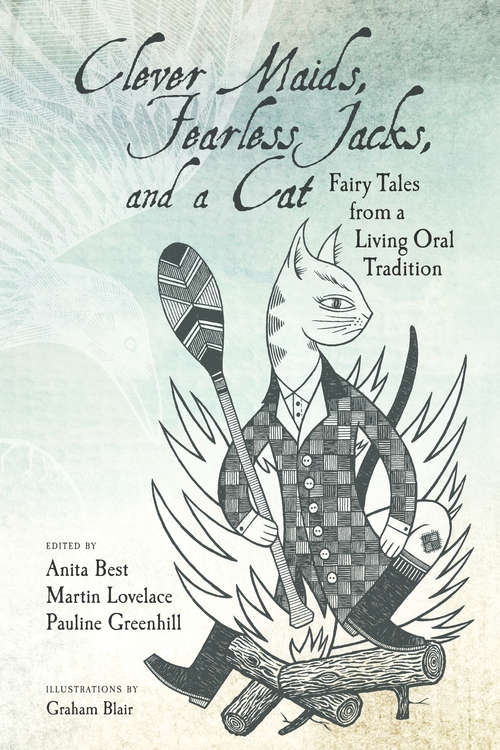 Clever Maids, Fearless Jacks, and a Cat showcases the stories of two Newfoundland storytellers, Philip Pius Power and Alice Lannon. Ethnopoetic transcriptions of these sensitive and artful tales, which have been passed on orally for generations as part of a community tradition, give accounts of living oral performances from the last quarter of the twentieth century and demonstrate the artistry that is possible without the written word.

Here, eight tales from Power and five tales from Lannon take up issues of vital concern—such as spousal abuse, bullying, and social and generational conflict—allusively, through a screen of fiction. In commentary following the stories Anita Best, Martin Lovelace, and Pauline Greenhill discuss the transmission of fairy tales in oral tradition, address the relation of these magic tales to Lannon’s and Power’s other stories, and share specifics about Newfoundland storytelling and the two tellers themselves. The text is further enriched by expressive illustrations from artist Graham Blair.

Clever Maids, Fearless Jacks, and a Cat presents the fairy-tale oeuvres of two superb storytellers as a contribution to interdisciplinary fairy-tale studies and folklore—countering fairy-tale studies’ focus on written traditions and printed texts—as well as to gender studies, cultural studies, Newfoundland studies, and Canadian studies. Students, scholars, and general readers interested in folk and fairy tales, contemporary Märchen, Newfoundland folklore, or oral tradition more generally will find much of value in these pages.

Support for this publication was provided, in part, by the University of Winnipeg.