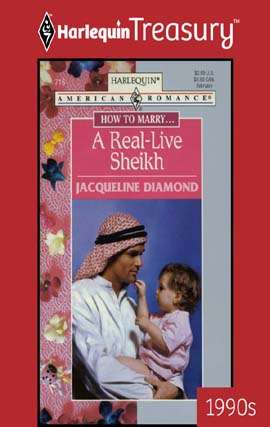 •Don't even think about what's under his robe

He swept into her hotel lobby swathed in white robes, his eyes as fierce as the desert heat. He was Kedar Bahram, and he'd come to Cathy Maxwell to demand what prophecy said was rightfully his.

Cathy gazed into Dar's dark eyes, burning with a need he somehow must have sensed, and saw an oasis of sensual delights and untold pleasures appearing in her humdrum life.

But it was a mirage. Because when Dar opened his mouth, it wasn't to claim Cathy's lips with kisses but to claim her three-year-old daughter and raise her to be his future bride!