Slavery and Liberation in Hotels, Restaurants and Bars 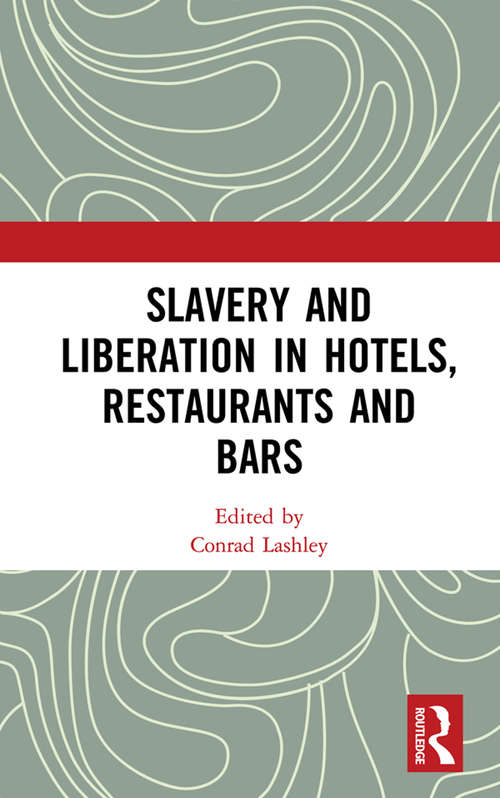 This is the first book to explore workforce slavery and liberation together within commercial hotel, restaurant and bar activities, the hospitality industry being particularly vulnerable to potential illegal action and reputational damage via involuntary involvement in human trafficking and sexual exploitation.

Slavery is the most oppressive form of labour exploitation and is illegal in Western Europe and most of the industrialised world. On the other hand, ‘neo-slavery’ oppresses the powerless through low pay and employment practices that predominantly serve the interests of the employer. This book explores the most exploitative forms of slavery, 'neo-slavery' and human trafficking in the hotel industry, and offers insights into empowerment through liberative trade unions and worker co-operatives. The study’s multifaceted cross-cultural approach includes in-depth chapters on Brazil and the Netherlands as well as a multitude of examples from the UK, exposing the topic as an international problem.

Written by international specialists, this significant book will appeal widely to upper-level students and researchers in hospitality, and specifically, to all those interested in human resource management in the hospitality and hotel industry, as well as human rights issues and business ethics.