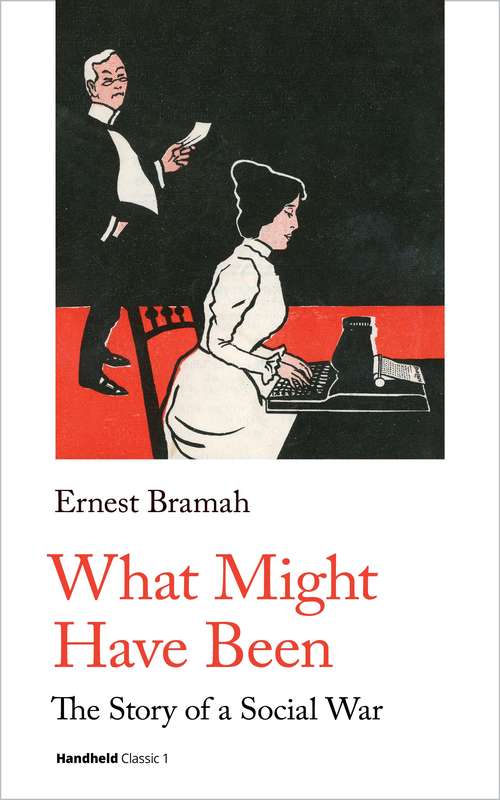 This new edition of Ernest Bramah’s What Might Have Been (1907) was reviewed enthusiastically in the Times Literary Supplement:

‘abounds in humour and wit, especially in the early chapters. Bramah's condemnation of the power of the press to corrupt and mislead is as pertinent today as it was in 1907’.

This satirical speculative novel of political resistance is better known in its abridged form as The Secret of the League (1909). It mixes science fiction, social realism and office espionage, and accurately predicted the invention of the fax machine and the ascendancy of Labour politics. What Might Have Been is a political thriller, with a nail-biting Buchanesque car chase, a sea battle that C S Forester could have written, and dramatic rescue missions in the air. The flying machines are both delightful and dramatic.

Now, for the first time since 1907, What Might Have Been is available at its original length, with 7000 words restored to recreate this lost landmark in British speculative fiction. The critical introduction by Jeremy Hawthorn sets out the novel’s history, and its connections with Bramah’s more famous literary works, The Wallet of Kai Lung, and Max Carrados.

Has a Home Counties setting, with a thrilling car chase around Farnham and Guildford.