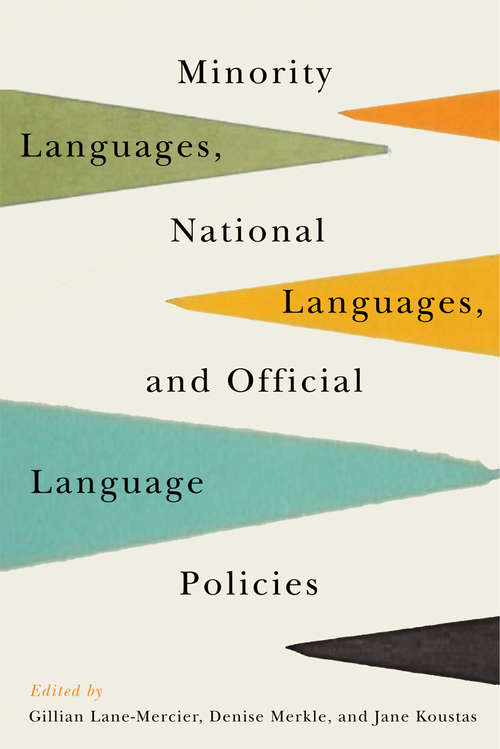 In a context where linguistic and cultural diversity is characterized by ever-increasing complexity, adopting official multilingual policies to correct a country's ethno-linguistic, socio-economic, and symbolic imbalances presents many obstacles, but the greatest challenge is implementing them effectively. To what degree and in what ways have official multilingualism and multiculturalism policies actually succeeded in attaining their goals?

Questioning and challenging foundational concepts, Minority Languages, National Languages, and Official Language Policies highlights the extent to which governments and international bodies are unable to manage complex linguistic and cultural diversity on an effective and sustained basis. This volume examines the principles, theory, intentions, and outcomes of official policies of multilingualism at the city, regional, and national levels through a series of international case studies. The eleven chapters – most focusing on lesser-known geopolitical contexts and languages – bring to the fore the many paradoxes that underlie the concept of diversity, lived experiences of and attitudes toward linguistic and cultural diversity, and the official multilingual policies designed to legally enhance, protect, or constrain otherness.

An authoritative source of new and updated information, offering fresh interpretations and analyses of evolving sociolinguistic and political phenomena in today's global world, Minority Languages, National Languages, and Official Language Policies demonstrates how language policies often fail to deal appropriately or adequately with the issues they are designed to solve.