I Have Something to Say 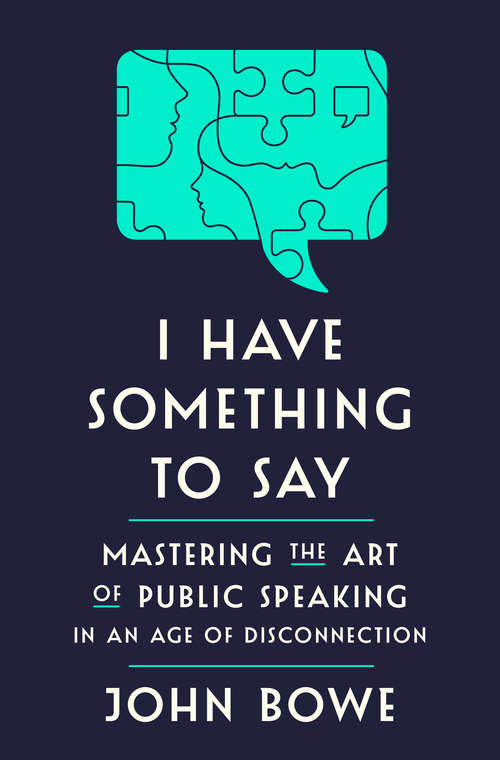 A veteran journalist discovers an ancient system of speech techniques for overcoming the fear of public speaking—and reveals how they can profoundly change our lives.In 2010, award-winning journalist John Bowe learned that his cousin Bill, a longtime extreme recluse living in his parents&’ basement, had, at the age of fifty-nine, overcome a lifetime of shyness and isolation—and gotten happily married. Bill credited his turnaround to Toastmasters, the world's largest organization devoted to teaching the art of public speaking.Fascinated by the possibility that speech training could foster the kind of psychological well-being more commonly sought through psychiatric treatment, and intrigued by the notion that words can serve as medicine, Bowe set out to discover the origins of speech training—and to learn for himself how to speak better in public.From the birth of democracy in Ancient Greece until two centuries ago, education meant, in addition to reading and writing, years of learning specific, easily taught language techniques for interacting with others. Nowadays, absent such education, the average American speaks 16,000 to 20,000 words every day, but 74 percent of us suffer from speech anxiety. As he joins Toastmasters and learns, step-by-step, to successfully overcome his own speech anxiety, Bowe muses upon our record levels of loneliness, social isolation, and political divisiveness. What would it mean for Americans to learn once again the simple art of talking to one another?Bowe shows that learning to speak in public means more than giving a decent speech without nervousness (or a total meltdown). Learning to connect with others bestows upon us an enhanced sense of freedom, power, and belonging.