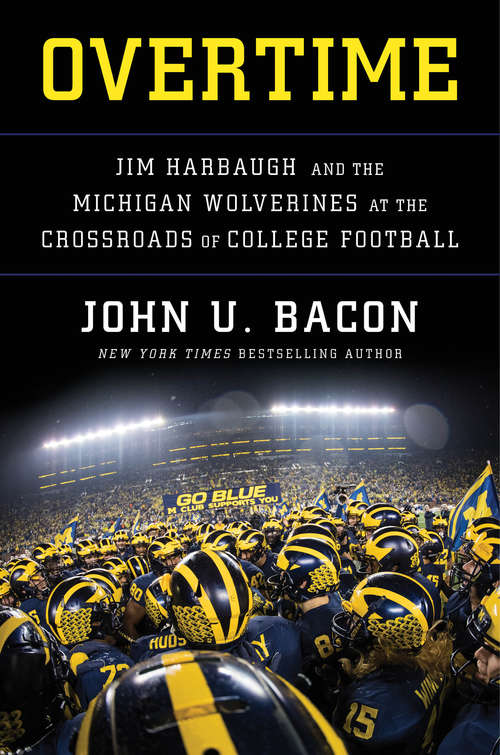 "One of the best insider-football books ever written.” —Douglas BrinkleyA riveting chronicle of Michigan's Jim Harbaugh era, and "an unprecedented look at the inner workings" (Sporting News) of a big-time college football program For the past year, John U. Bacon has received rare access to Jim Harbaugh’s University of Michigan football team: coaches, players, and staffers, in closed-door meetings, locker rooms, meals, and classes. Overtime captures this storied program at the crossroads, as the sport’s winningest team battles to reclaim its former glory. But what if the price of success today comes at the cost of your soul? Do you pay it, or compete without compromising?In the spirit of HBO’s Hardknocks, Overtime delivers a deeply reported human portrait that follows the Wolverine coaches, players, and staffers through the 2018 season, including Harbaugh, offensive stars Shea Patterson and Karan Higdon, NFL-ready defensive standouts Rashan Gary, Devin Bush Jr., and Chase Winovich, second-stringers striving to find their place on the team, and their parents’ reactions to it all. Bacon met with them every week during a season that saw the Wolverines ride a ten-game winning streak to #4 in the nation, then take a beating at the hands of arch-rival Ohio State, led by controversial coach Urban Meyer, Harbaugh’s foil. Overtime also previews the crucial 2019 campaign ahead. Above all, this is a human story. In Overtime we not only discover what these public figures are like behind the scenes, we learn what the experience means to them as they go through it – the trials, the triumphs, and the unexpected answers to a central question: Is it worth it?From the “poet laureate of Michigan football” (according to New York Times’s Joe Drape), and one of the keenest observers of college football, Overtime offers a window into a legendary program and the sport itself that only John U. Bacon could deliver.